The draw for the next round of the Copa del Rey has been made and Valencia drew Yeclano Deportivo. Valencia will play the game away from home on January 6th

In the pre-match press conference Javi Gracia was asked yet again about signings in the winter transfer window, to which he replied 'nobody knows'.

Barcelona come into this game on the back of a narrow 2-1 home win against Real Sociedad. The away team took the lead, against the run of play, 27 minutes into the game from a set piece play that was poorly dealt with by the defense before being finished by Willian Jose. Barcelona managed to equalize before half-time with Jordi Alba finishing a good team effort, before a fortunate deflection set up Frankie de Jong for the second goal.

Valencia's previous fixture was mid-week in the Copa del Rey in which they struggled against 4th division Terrassa. Valencia went down 2 goals 50 minutes before Molina was shown a red card and could've easily could've gone 3 down if not for a horrible miss. A penalty from Carlos Soler and a stoppage time goal from Musah would tie the game and send it to extratime where Guedes scored 2 goals to finish the game at 2-4.

Good news is Gaya is back in the squad and will start the game.

In attack, Guedes will start next to Maxi Gomez. He scored 2 goals in the midweek fixture and this must have influenced this decision. 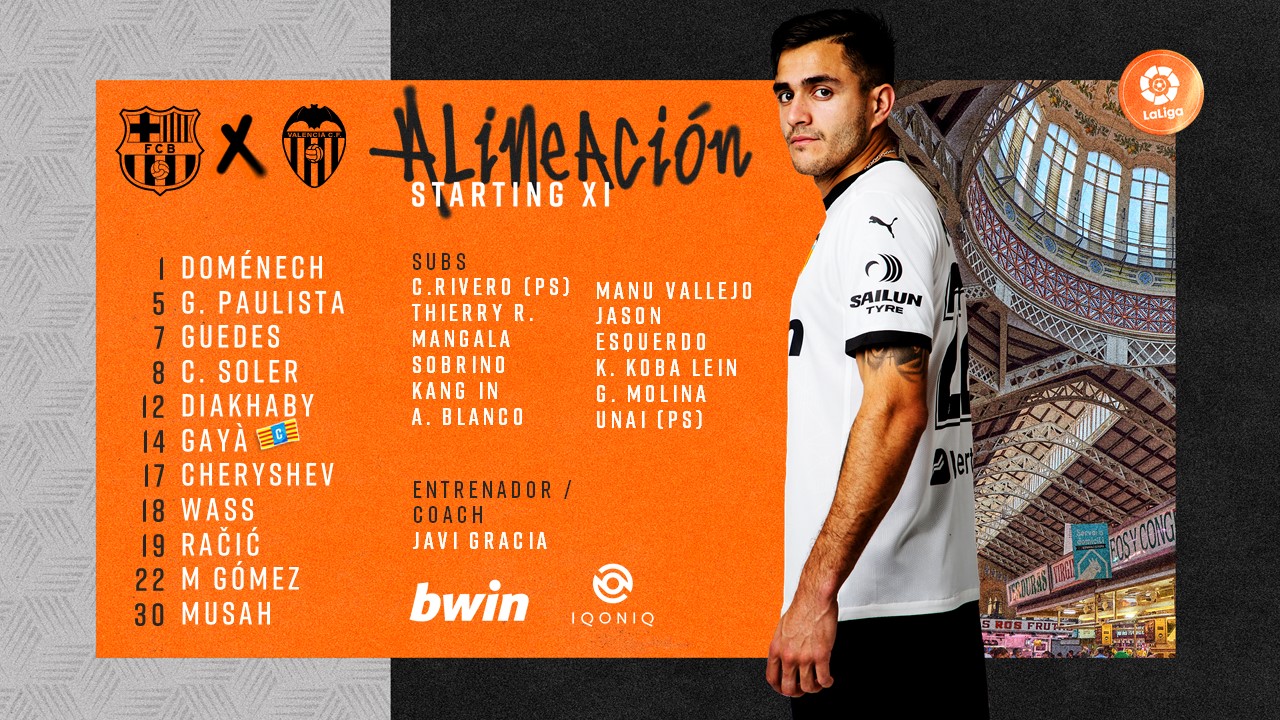