Valencia start off their first game of the season in a local derby against Levante UD at the Mestalla. This will be a great chance to evaluate the level of the team and hopefully build momentum in what would be the first of a series of "beatable" opponents.

Valencia's preseason was eventful. Javi Gracia took over as head coach and bean training the team on August 10. Key players like Parejo, Rodrigo, Coquelin and Ferran have all moved on to other clubs, another key player - Garay - had his contract expire with no renewal, Costa's loaned ended, while Piccini was recently loaned out. To deal with the absences, Javi Gracia heavily relied on the youth players as well as some of those returning from loans like Racic and Jason Remeseiro.

Levante's most notable loss in the transfer window was Borja Mayoral, who has been a rumored Valencia target, since his loan period has ended. Levante most notably brought in Jorge de Frutos and Dani Gomez from Real Madrid, while most other transfer activity was either free transfer arrivals or promotions from their youth team.

The scorelines and results from the preseasons of both teams are actually really similar. Levante did play an additional game against Mallorca though.

The most notable absentees from the squad list are Gameiro, Jason and Cillissen, all missing due to injury. Lato is also not on the list, as he was not deemed fully ready after struggling with a muscle injury.

Due to the absences, Rivero, Centelles, Musah and Alex Blanco supplement the first team. Furthermore, Wass is listed as a midfielder and Guillem Molina gets on the list in defense.

Javi Gracia has recently expressed his dissatisfaction and concern with the lack of signings and had some strong words in his press conference. Anil Murthy's promise of having at least one signings before the start of the season was broken. However, the coach insists that those who are here are ready and can compete. 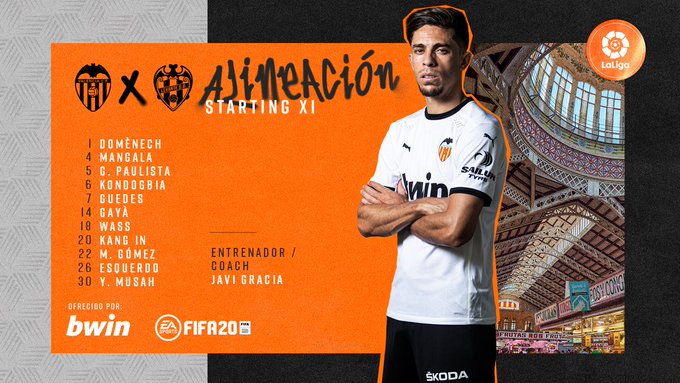