Garay injured: out for next six months

Fairly awful news, and at the worst possible time. Ezequiel Garay's injury is serious and he will miss the next 6 months. 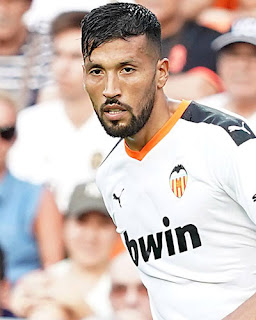 The news sums up our lack of luck with injuries this season. If this had happened even 4 days ago, we could at least have gone for a sticking plaster solution in the form of a loan. But now with the transfer window closed, we now only have Paulista, Diakhaby and a not that good and not that fit Mangala. This comes at the most critical time of the season when the cup game at Granada will be followed by Getafe away, Atletico Madrid at home, Atalanta away and Sociedad away.

For the games against Atalanta, Paulista is suspended, so that leaves just Diakhaby and Mangala as our only available defenders. Why do we always only have four when we knew at the start of the season that two were very injury prone?

***edit/update***
As the injury is for longer than 5 months, Valencia therefore qualifies to make an emergency signing. This must be either a player who plays in the top two divisions of Spain or doesn't have a club at the moment. We are also at the non-EU limit so it must also be someone with an EU passport. The names mentioned in the Valencian sports press are unexciting ones: bringing back Jorge Saenz, who Celta have judged not good enough. Roncaglia returning (again, wasn't good enough last season) or Fernando Calero of Espanyol. Ultimately, we're chasing scraps, but it's better than nothing. Weirdly, Garay being injured for 6 months is better for us than a 4-month injury. Another consideration is that the deadline for registering players for the last 16 of the Champions league is midnight tomorrow (3rd February.)