In this post last year I looked at how Valencia would benefit from European competition financially. The figures for that are almost in. Valencia have so far earned €40.75m from the Champions league (15.25m participation fee, 17.7m from the ten-year ranking, 3m per win and 0.9m per draw.) On top of that, the club gets 5.5m from the Europa league. TV money is yet to come on top of that, I'd guess around 8m, though the figures aren't usually released until mid-October. When you add gate receipts, merchandising and so on, our windfall from European competitions easily passes 60 million. 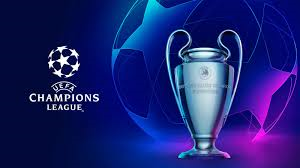 When you look at the breakdown, it's obvious that the Champions league (CL) is where it's at: we got over seven times as much money from that as the Europa league. Does that mean we should ignore the Europa league altogether? Not at all, without the ranking points from that we would be in pot 4, instead of pot 3, in next August's draw and would also receive 3.4m less in CL money next season.

Ensuring that that money keeps coming in and making progress in Europe are the big challenges ahead.

SEEDING
The news here isn't good. You would think that Valencia reaching the semi-finals of the Europa league would boost our ranking, maybe even putting us in with a chance of pot 2, but in reality we are almost unchanged from last season. This website (look under the CL tab) assumes that seeded teams win in each round. Valencia are guaranteed pot 3, but are much closer to pot 4 than pot 2. That's down to the fact that seeding is based on the last 5 years in European competition and Valencia was absent in 14/15, 16/17 and 17/18.

Looking at the CL tab in the link above shows the problem. Valencia are 33.5 points behind the last ranked team in pot 2, Ajax. We could catch up this season but not enough. The ranking points from 15/16 then expire after next season which means that we are basically stuck in pot 3 of the CL until at least the 2022-23 season, that's the next three seasons at least playing groups of death, unless we get pot 1 by winning a European tournament. Missing a single season in Europe or failing to reach at least CL last 16 or EL quarters will prolong that. We must qualify for Europe and take whatever competition we're in seriously.

CONFIRMED CHANGES AHEAD
The problem with the current European competitions is that no one is happy with them. UEFA's tendency to give increasing numbers of guaranteed places in the group stages to a handful of top countries has forced most federations to play a ridiculous number of qualifying rounds, up to 6 for the smallest federations and 4 for most. For clubs in The Baltics, for example, that means that usually 2 or 3 of 4 entrants fall at the first hurdle, with any survivors usually culled off a round or two after that and facing unsexy ties against clubs from Scandinavia, Poland, Czechia, Belarus or The Balkans. It's hardly a way to promote interest in football in countries where ice hockey seems more interesting.

To cater for the concerns of smaller clubs, UEFA is establishing a new third-level competition, provisionally called Europa league 2 until they can think of a better title. That will start in the 2021-22 season and will feature the last qualifier from Spain, could be us if we finish 7th. The winners of that only qualify for the Europa league and the money is likely to be even worse than that so it's one for us to avoid.

SUPER LEAGUE?
Of far more interest to us are the proposed changes to the CL for 2024. Richer clubs like Manchester United are annoyed at missing out on the CL and UEFA themselves recognise the $$$ that they can earn by having them in. UEFA has suggested a more closed arrangement for the CL. Under that, there would be four groups of 8 teams instead of eight groups of 4. The bottom 8 teams would be relegated to the Europa league, with the other 24 continuing for the next season. After the inaugural season, the only way to get into the CL would be by winning the domestic league then being one of 4 teams winning play-offs between 40+ champions or finishing in the last 4 of Europa league, which would likely be a tougher prospect as all teams would take that far more seriously.

With a guaranteed 14 games instead of 6 in that, CL prize money would more than double. Valencia could potentially be looking at 100+ million a season for participating in that. A few seasons of that would more than wipe out the club's debts and leave us solvent for the first time in 30 years. But only if we get in. It's not yet been confirmed how the teams will be selected for that but the general thinking is that it would be done on the basis of UEFA's 10-year ranking, with maybe the top 32 from that or top 30 and the Europa league and CL winners from the season before. Valencia are currently 23rd in it, but more recent lists start to put us lower: 27th in the last one I can find.

It has to be said that the changes are only proposed and due to be discussed in August. Valencia and other clubs have already expressed opposition and there's a good chance the changes will be rejected, but I really think some change like that is inevitable. The idea of a European super league has been around since the late 1980s and you only have to look at recent developments to see this. Winning the domestic league is now usually not enough. In recent times, PSG have parted company with Emery and Juventus with Allegri despite domestic league success, while Valverde is under heavy pressure at Barcelona. In all cases, it's because of failings in the CL. Among major leagues, England is the only exception to this. All that suggests that a super league will happen, likely through reform of the CL and Valencia has to be in that.

Interesting and challenging years ahead.