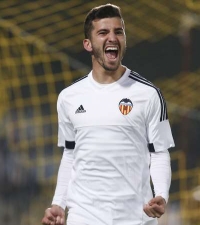 Manchester City are set to redesign their defense this season as they are looking to offload their older players and bring in young and talented players that are going to last them for the next decade. Guardiola is a keen follower of Valencia CF left backs, having worked with Juan Bernat in Bayern Munich and closely followed Jordi Alba in VCF and Barcelona, at one point he was also interested in Jose Gaya, but had other priority positions.

Jose Luis Gaya has been one of our best players this season though and probably for the past several seasons as well, so Valencia CF is not going to let him go on the cheap, with the club supposedly only willing to release Gaya if an offer of 70+ million euros arrives.

Manchester City don't really have a problem with money and even FFP hasn't seem to have affected their transfers, so they have the monetary ability to facilitate the transfer. Other clubs that are following the situation and might potentially make a play for Gaya are Real Madrid, who've been chasing the player for quite a while now, but have always prioritized other positions. Manchester United are also redesigning their squad this season and Solskjaer is set to start with the defense, bringing in high quality players in the defense.