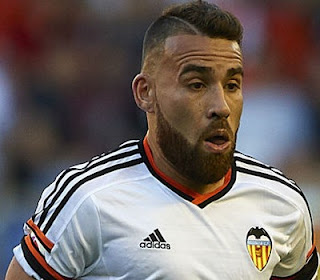 Its official, Manchester City have signed Nicolas Otamendi from Valencia CF for 45 million euros. The player was linked to Manchester United the whole summer and the he caused a lot of problems for Valencia CF by wanting to leave and trying to force the issue.

With Manchester United unwilling to pay his high release clause and dropping their interested in the player, it seemed as if he'd stay at Valencia CF for at least one more season, but then Manchester City swooped in and managed to acquire him. The big decider was Nicolas Otamendi himself, he was just adamant that he leaves in pursuit of a higher salary, one that only clubs like City, Man U., Chelsea, PSG, Barca and Real Madrid can provide him with.

Nicolas Otamendi left Valencia several days ago in order to finalize the deal with Manchester City and yesterday he passed the medical tests, allowing him to officially join them.