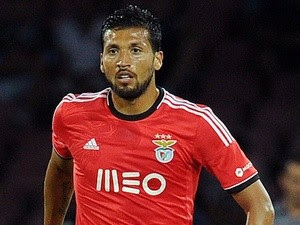 Yesterday we reported that Nicolas Otamendi agent Eugenio Lopez was arriving in Manchester in a bid to finalize the transfer for Nicolas Otamendi. He understands that Valencia CF are not going to budge from the release clause, so the deal would include Manchester United reaching his buyout clause and then ending their summer spending spree with him.

Other reports claim that Nicolas Otamendi is going to strike and try and force a move out, but that seems really unrealistic. The player even now has a decent relationship with the club supports, doing a strike and forcing a move out like that would mean he is universally hated. Also what if Valencia CF don't bite and stick with their position? That would mean he is frozen out of the squad.

With all of that going on Valencia CF are stepping up their pursuit of Ezequiel Garay who would be the perfect replacement for Otamendi. They are roughly the same age, they have a similar play style and similar history as well. Ezequiel Garay is a bit weaker in the history department, but he's proven that he is a great defender.

Obviously the best outcome would be that Nicolas Otamendi stays and continues to be a success story at Valencia CF, that is the best outcome and sometimes these rumors do overstate things, after all a lot of these publications need to sell papers or click bait visitors, whatever so they overstate or even make up completely new stories.

Now this story is true, Manchester United want to acquire Nicolas Otamendi and he does want to leave for a club like that, but the stories beyond that and the sort of relentlessness is completely overblown.