The search for goalkeeper 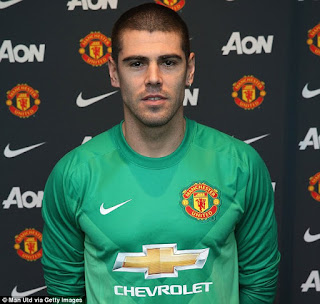 With Diego Alves getting injured in that last match of the season and most likely being out for 8 months, Valencia CF are in desperate search for a new goalkeeper to replace Diego Alves.

The club is said to be looking at loan options, so that they can avoid paying a transfer fee and can return the player at the end of the season with Diego Alves coming back, potentially having a buyout clause if it turns out to be a really amazing addition.

With all that said if Valencia CF can't find a proper replacement on loan, they will look to acquire a quality goalkeeper, but it has to be relatively cheap and less than 8 million euros.

One of the mentioned names earlier was Keylor Navas the Real Madrid goalkeeper, but he won't leave Real Madrid, not unless they get De Gea. If they get De Gea he is not going to have any choice basically he is going to be forced out, unless he wants to sit another year on the bench.

So he is an open option, but don't think he wants to come here, not unless he is forced too.

Another option that has been mentioned is Kiko Casilla the RCD Espanyol goalkeeper, he is valued at around 7 million euros and would fit in the transfer fee of Valencia CF, but he is only 3rd or 4th choice since he is not the best and certainly has quite a hefty price tag.

Another player that has been mentioned is former Barcelona goalkeeper Victor Valdes who's been training at Manchester United for the past season, but hasn't really gotten a chance to goalkeep and if they do not sell De Gea he is gong to be looking for a new club to play for.

Reports suggest that he would love to return back to Spain and he wouldn't mind Valencia as a destination. I don't know the contract situation with him and Manchester United, he used to be a free agent, but I think they signed him officially, but who knows what the contract is. The important thing is that he will likely come on the cheap side.
Posted by SlickR at 4:13 AM
Email ThisBlogThis!Share to TwitterShare to FacebookShare to Pinterest
Labels: news, transfer speculations
Newer Post Older Post Home