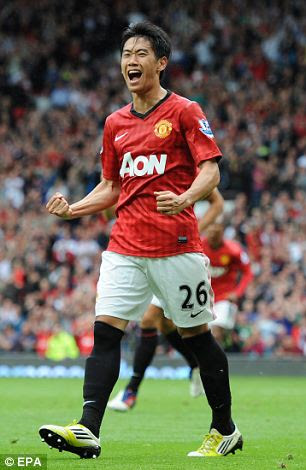 After negotiations for Enzo took a turn for the worse, Valencia CF have been looking at alternatives. A new name that has surfaced is 25 year old Japanese International and Manchester United midfielder Shinji Kagawa.

Kagawa has fallen out of favor at Manchester United and Van Gaal does not have him in his plans this season. He hasn't impressed him and did not produce what Van Gaal required of him.

While Kagawa isn't a typical box to box, more of an attacking midfielder (CAM/CF), he has been a crucial part of the Borussia Dortmund side that so famous for its counter-attacking football. As such, there is no doubt he will help in transition play and fast-paced breaks with his dribbling, vision and attacking prowess. He is capable of playing on the wings also, another versatile player, but to low effectiveness in that position with United. He is most effective playing through the center. His defensive contribution leaves a lot to be desired as well. That part needs work and I don't know if Nuno can get it out of him.