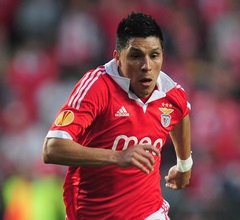 Peter Lim had an agreement with Benfica earlier in the year about the purchase of Enzo Perez. The agreed upon fee was 25 million euros and the deal was secured with a hand shake, which Lim regards as good as a signed contract.

Now with Benfica losing players like mad to different clubs, their fans and coach are upset and they are trying to retain the stars that they have left. As such, they have increased the price for Enzo Perez to 30 million euros, his buy-out clause. As was the case with Bankia, Lim absolutely hates it when the other party changes their conditions and has reportedly taken a firm stance - 25 million euros or nothing. Neither side is willing to back down. There were even reports that Valencia CF were willing to offer 20 million euros + one of Jonas, Perreira or Guardado to secure the deal. However, that was denied by Rufete.

The matter now rest in Enzo and Benfica's hands. Enzo Perez had a deal with Lim since January of 2014, and has been waiting patiently till now. He even played a cup final a few weeks back, having been promised that he could leave if he would help them win it. Now, he has insisted about missing the next match to avoid injury. It's up to him to pressure the club to let him go.
Posted by Amunt.Valencia at 5:50 PM
Email ThisBlogThis!Share to TwitterShare to FacebookShare to Pinterest
Labels: transfer speculations
Newer Post Older Post Home