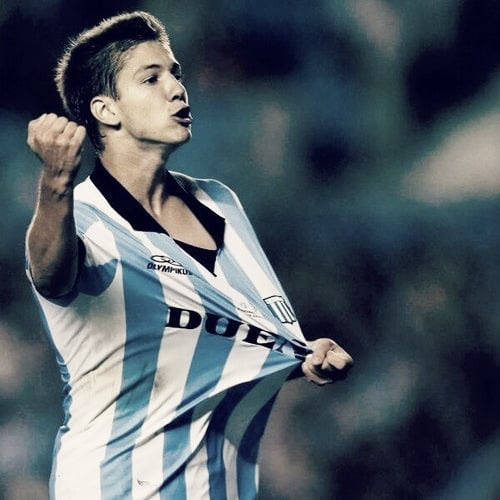 He instead opted for a first refusal option which means that should a team become interested in him, Valencia CF have the right to match that fee and take him instead if they want. Villareal's bid is around 4 million euros, which is not that much considering Vietto is a young player will really high hopes. In fact, Vietto, de Paul and Zuculini (Valencia's other transfer target) were all part of the same golden generation at Racing.

A really creative and powerful striker, he would be a great reinforcement for our Valencia B team and could in a few years become one of the future stars of the team. We said a few posts ago, that this project was about strengthening all aspect of Valencia CF including the youth team and this could be a good step in that if Valencia CF is willing to invest. When Villareal submit an official bid, Valencia CF have only 48 hours to activate the first refusal option.

Any thoughts on Luciano Vietto? Worth the investment or not?
Posted by Amunt.Valencia at 10:31 AM
Email ThisBlogThis!Share to TwitterShare to FacebookShare to Pinterest
Labels: news, squad, transfer speculations
Newer Post Older Post Home