Even with Eder Balanta on the way from River Plate (pending the availability of EU passports), Valencia CF have been exploring other defensive options.

Still being explored is Marcos Rojo. However this transfer now seems very unlikely as Sporting have been asking upwards of 20 million euros for the Argentine. In addition, Valencia CF would need another EU passport, one that it doesn't have. Currently, Jonas, Araujo, de Paul and Otamendi have taken up those slots and Valencia CF is only allowed three. Jonas and Araujo will probably be on their way out, and de Paul will soon get an Italian passport. This gives Valencia CF two slots, one of which will go to Balanta and the other to Enzo Perez. Therefore, there is simply no room for Rojo. 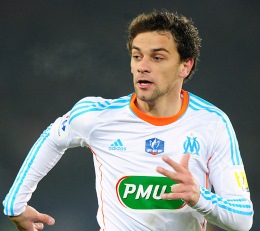 Another name on the table, is 24 year old Brazilian and Olympique de Marseille defender, Lucas Mendes. He is capable of playing both as central midfielder and a left-back. Marseille is willing to let him go should a good offer come in. His market value seems to be from 3-5 million euros. He is eligible for a Portuguese passport so that he won't be a problem. 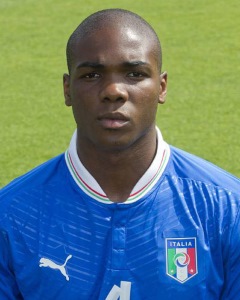 The other name, which I think has been suggested on this blog, is 26 year old Italian and Juventus center-back Angelo Ogbonna. However, he would cost somewhere around 13 million euros.

He has been reduced to a bench role in recent times so I wouldn't be surprised if he wanted a change of scenery. But we also have to consider that there is a new manager at Juventus so he might still have a chance of being a starter. He is more experienced than Mendes and plays for a bigger club so between him and Mendes, I would prefer him. He has an Italian passport so he won't be an issue either.

Any thoughts on the new targets? Who would you like to see at Valencia CF?
Posted by Amunt.Valencia at 11:10 PM
Email ThisBlogThis!Share to TwitterShare to FacebookShare to Pinterest
Labels: news, transfer speculations
Newer Post Older Post Home