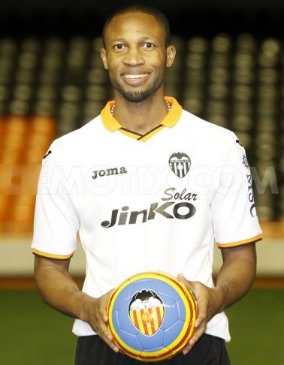 Seydou Keita has rejected Valencia's new one year contract and has decided to continue his football career elsewhere. He joined Valencia CF in the winter transfer market as a free agent and quickly became a first team regular, playing most of the matches in the defensive midfielder position.

His time spent in Valencia CF was very short though as he looks to join a new club this summer and Valencia CF would be looking for his replacement, especially since Valencia CF won't be buying Romeu from Chelsea.
Posted by SlickR at 3:41 AM
Email ThisBlogThis!Share to TwitterShare to FacebookShare to Pinterest
Labels: news
Newer Post Older Post Home