Juan Antonio Pizzi to be replaced 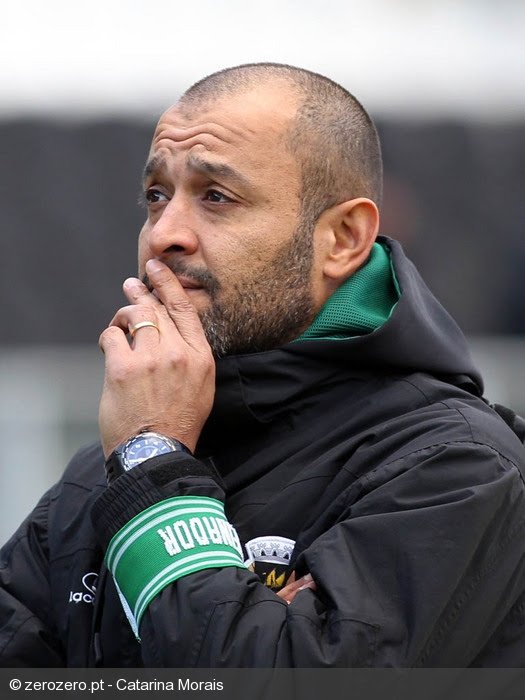 Peter Lim's takeover of the club will not only see the arrival of new players but will likely see the arrival of a new coach to Valencia CF. Pizzi has done well this season improving the team a lot but could not compensate for the dire situation in which former coach Djukic left the club. Who is the likely new coach? Well, Lim's close friend and player agent, Jorge Mendes, unsurprisingly recommends a coach from Portugal.

The candidate is 40 year old Nuno Espirito Santo, a former goalkeeper for Porto, Osasuna, Deportivo La Coruna and Dynamo Moscow, who currently manages Rio Ave FC in the Primeira Liga of Portugal. He took over this club in 2012 and left it this year, and it is so far the only club which he managed.This is the first time I hear of this club but when I researched them, I found out that they finished 11th in the Portuguese league. However, this year he managed to reach the semi finals of both the Taca de Portugal and the Taca de Liga, two knockout competitions similar to the Copa del Rey. Both finals were lost to Benfica. Pretty impressive for an unknown team. Mendes seems to have extreme confidence in this coach and convinced Lim of his talent comparing him to the likes of Mourinho and Villas-Boas. Reports are saying that Pizzi will most likely be out the door soon.

I am surprised at this idea of a new coach. When Lim was announced as the winner of the bid for Valencia CF, he promised to keep both President Salvo and coach Pizzi. Now he could change his mind. There is no reason to get rid of Pizzi as he's shown a lot of promise despite having a relatively small budget squad. Valencia CF beat Barcelona, was unlucky not to beat Madrid also, reached the semi finals of the Europa League and made great comebacks (Basel and almost Sevilla) all in the short time he's been here. With bigger talent available to him and with more continuity at the club, he could work wonders. Replacing him could be very risky.

Should the new coach arrive, which is highly likely now but still not certain, he will bring with him one player from his Rio Ave FC squad to add to the subsidiary Mestalla B team. The player is 19- year old Brazilian Filipe Augusto who plays in central midfield and is supposedly a great talent.

Recently, the following players were put up on the sales list of the club: Guaita, Rami, Costa, Guardado, one of Perreira or Barragan, Ruiz, Cissokho, Banega, Michel, Viera, Postiga, Jonas. While most of those will still be on their way out, the arrival of a new coach could see some of them incorporated into the plans for next year should the new coach value them differently than Pizzi.

Anyways, thumbs up to you if you read all that. Let us know what you think in the comments below.
Posted by Amunt.Valencia at 2:43 AM
Email ThisBlogThis!Share to TwitterShare to FacebookShare to Pinterest
Labels: news, squad
Newer Post Older Post Home