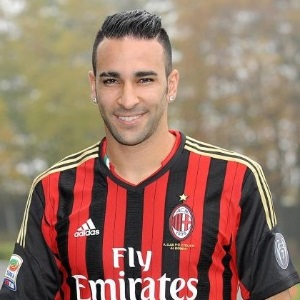 Valencia CF have agreed a lower transfer fee after there have been no other bids for the defender and the insistence from the defender to join AC Milan. The offer is in the region of 5 million euros and some addons in terms of the players performances and stuff, possibly rising the price close to 6 million euros over a certain period.

The player is also said to have reached a personal agreement with AC Milan and the transfer deal waits to be finished once Peter Lim officially takes over the club. Until then the deal can't go through, but good news is that Peter Lim is finalizing the paperwork needed to officially become the new owner of Valencia CF and is almost certainly going to allow Adil Rami to leave and make room for other players like Nicolas Otamendi.
Posted by SlickR at 12:25 PM
Email ThisBlogThis!Share to TwitterShare to FacebookShare to Pinterest
Labels: news
Newer Post Older Post Home