Valencia to bid for Cheikhou Kouyate 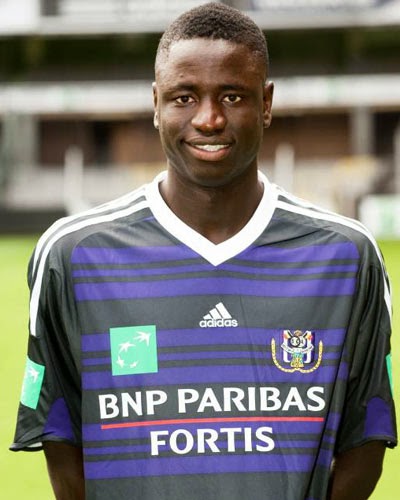 Valencia is a strong contender to sign 24 year old Anderlecht (Belgium) and Senegalese defender Cheikhou Kouyate. Rufete has apparently sent a representative to Belgium to try to negotiate a 9 million euro deal for the player who is considered one of the big talents in the Belgian League. Kouyate can play both as center back and as a defensive midfielder. This player is about 6'4'' in height (193 cm) and is very fast, and strong from set pieces. Valencia are looking to bid for him before the deal between Lim and Bankia finalizes as to beat competition for him, mainly West Ham and Arsenal, since Belgian clubs like to address their financial needs quickly. Valencia is supposedly leading the race for him so far.

Reports also suggest that he is not the only player being scouted in Belgium with Rufete's representative also keeping an eye on Thorgan Hazard, the 21 year old brother of Chelsea's Eden Hazard, who is on loan at SV Zulte-Waregem from Chelsea.
Posted by Amunt.Valencia at 7:59 PM
Email ThisBlogThis!Share to TwitterShare to FacebookShare to Pinterest
Labels: news, transfer speculations
Newer Post Older Post Home