Valencia CF to play in the Emirates Cup

Valencia CF will play in the Emirates Cup this summer. The three other clubs are Arsenal, AS Monaco and Benfica. 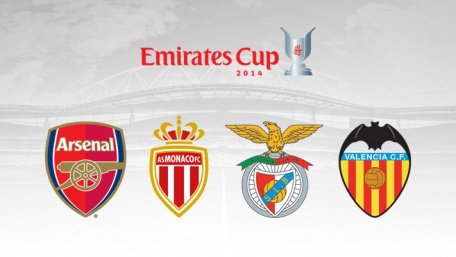 The Emirates Cup is a traditional summer cup that is hosted by Arsenal each summer. The teams will be given 3 points for a win and one for a draw. The tournament also rewards attacking play, with 1 extra point given for each goal scored.
Posted by SlickR at 1:27 PM
Email ThisBlogThis!Share to TwitterShare to FacebookShare to Pinterest
Labels: news
Newer Post Older Post Home