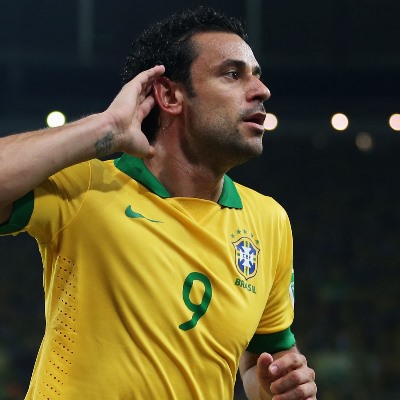 Valencia CF is supposedly interested in Brazilian football player Fred or Frederico Chaves Guedes as is his full name. Fred currently plays for Brazilian club Fluminense for which he has scored 62 times in 96 appearances. Fred is 30 years old and has featured for the Brazilian representation on and off since 2005.

The player is said to like the idea of coming back to Europe and playing for Valencia CF, though his current club aren't likely to let him go for anything less than 8 million euros, considering he is also in the Brazilian squad and has been called for the upcoming world cup in Brazil.

Valencia CF might be looking for replacements for Jonas who has been third pick under Pizzi, who requires a bit more direct players who are able to dribble and push their way into positions, while Jonas is more of a flair player with vision and creating chances, rather than a box player or target man, or possibly as a replacement for Vargas who will return to Napoli this summer if Valencia CF doesn't buy him, but Napoli's asking price is a bit too much for Valencia CF at 8 million euros.
Posted by SlickR at 11:23 PM
Email ThisBlogThis!Share to TwitterShare to FacebookShare to Pinterest
Labels: news, transfer speculations
Newer Post Older Post Home