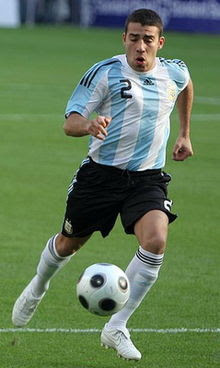 I reported earlier that Valencia missed out on signing the 25 year-old Argentine defender. Over the last week however, reports confirmed that he will be joining, only it will be next season. Again, this signing was suggested by Pizzi who saw the current defense as a problem. It was also reported that Manchester United was also after his signature but lost out. So how much is this going to cost? Well, the deal right now is about 12 million euros plus variables for a 5-year contract. With Otamendi joining the club, he will join Valencia's 5 other central defenders in Vezo, Costa, Mathieu, Ruiz, Senderos. As such it is getting pretty crowded. At this stage the club is already making plans for the departure of Costa to help pay Otamendi's salary and fee. Vezo might also get loaned if he doesn't get enough playing time. Senderos is here only till the summer with the club having an option to sign him for longer. That leaves Mathieu and Ruiz's future's as unknown.

So what does this signing mean? It means we get a new fresh young defender that will provide better cover than the rusty Costa at the back. A great talent that will help decrease the number of goals Valencia concedes and not conceding goals is key to winning games.
Posted by Amunt.Valencia at 1:46 AM
Email ThisBlogThis!Share to TwitterShare to FacebookShare to Pinterest
Labels: official transfers, squad
Newer Post Older Post Home