After the departure of Nelson Valdez and the squandering of goal opportunities in the second pre-season friendly against SV Waldhof Mannheim, Valencia are in the market for a new striker. The decision has been agreed upon by the Valencia management, sporting director and the coach. Valencia are looking for a low cost yet high profile striker to replace Valdez and compete with Soldado.

So you may ask what about Jonas and Alcacer? As for Jonas, one source recently indicated a return to Brazilian league to give him a better chance of making the squad for the 2014 FIFA World Cup. Sao Paulo is rumoured to have made a bid for him and the club is willing to sell for the right amount. As for Alcacer, the coach expressed that he has a lot of faith in him and his abilities.

Lastly and most importantly, Soldado. With Liverpool striker Luis Suarez heavily rumored to leave, Liverpool will most likely move for Soldado. After the money, they would have more than enough money to meet his termination clause of 30 million euros. In addition, Tottenham's targets for the striker position are rapidly being taken by other teams which may force them to pay the 30 million euros. After that, the decision is Soldado's.

So what are the options? Most likely right now is 22 year-old Ruben Rochina of Blackburn Rovers (England). Doesn't exactly meet the criteria of "high-profile" as he has only 7 goals in 41 appearances for Blackburn. He is however "low-cost" with a price tag of 1.5 million euros, born in Valencia and was part of Valencia's youth system before being sold to Barcelona's youth system. 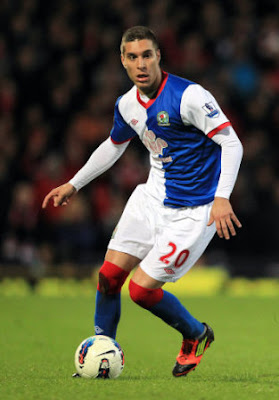 Here are some strikes we were linked to at one point or another in 2013. Expect hearing more of these players if Soldado is sold.


So what do you guys think? Who should be sold/kept? Who should be bought if Soldado leaves? Do you agree with the decision to buy a new striker? Who would you like to see at the club?