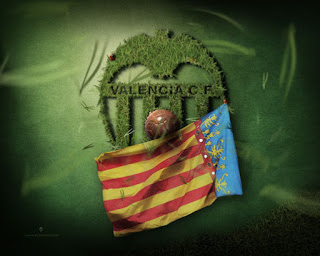 Things didn't work out for him in Real Madrid and apart from the first season under Pellegrino, he didn't have good season, being 3rd and even 4th choice at Real Madrid in the past 2 seasons, so this move is obvious and possibly even one year late for him.

He is still a quality defender, though very slow and prone to mistakes in the air, but I'm sure he'd fit nicely at Napoli, plus Valencia CF is set to get about 400k euros from the transfer as well.

Now coming to Valencia CF, we played another disappointing preseason match against another German minnow team and this time we drew. There were some positives from it and that is that in the first half we played fast and exciting football with quite a bit chances and Viera and Parejo are showing great play.

Also we lack our main striker Roberto Soldado who surely would have put at least one of the chances in the back of the net and he is right now our best and star player. I'm also hopeful that Ever Banega can finally live up to his talent and be a rock in midfield, else we may need to sell him at the end of the season or even in the winter transfer market to be able to recoup some money on him.

I'm glad that we didn't loose someone important like Mathieu or Rami or obviously Soldado, but the transfer window is still young, so lets hope there won't be any surprises, especially after the team missed out on few potential signings.

As the preseason is progressing now I really can't gage much from the games and training sessions, especially since there is no streamed or televised matches so far and there hasn't been much of the competition either, so the first real test will be in two days against VFB Stuttgart and we'll see how we'll do there. Hopefully there will be a stream and the match will be played in a reasonable time when I can watch it.
Posted by SlickR at 7:12 PM
Email ThisBlogThis!Share to TwitterShare to FacebookShare to Pinterest
Labels: feature
Newer Post Older Post Home