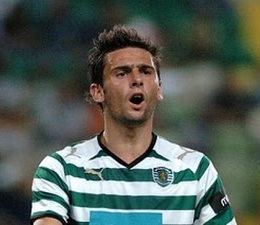 Reports from Portugal claim that Hélder Postiga has reached personal agreement with Valencia CF and the two clubs are also very close reaching agreement over his transfer fee in the region of 3-4 million euros, so he can instantly replace Roberto Soldado if he transfers to Tottenham.

Obviously another player for the race for Soldado is Liverpool who are likely to lose Luis Suarez and would want to bring the best possible replacement for him, but right now Tottenham are in the front seat to sign Roberto Soldado and reports from England are coming out that the player and Tottenham have reached a personal agreement.

From what I can gather Roberto Soldado is very close to leaving and transferring to Tottenham and both clubs are now negotiating over the transfer fee, with Tottenham only willing to pay 25 million euros in three parts, while Valencia CF have offered 4 parts over a period of 2 years, but for 30 million euros.