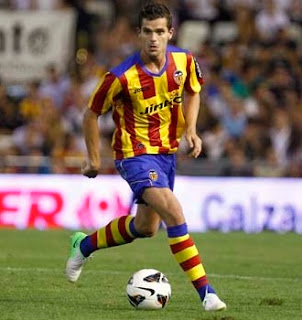 In fact this coincides with the report in Spanish media that Valencia CF are looking to bring Javi Fuego to Valencia CF this transfer window. As I've reported Valencia CF has reached a personal agreement with the player, but the club will now push to buy him right now and not wait until the summer to get him free.

Reportedly Valencia CF is willing to pay as much as 1.5 million euros for Javi Fuego to bring him right now. Of course Gago's transfer is being negotiated right now and if everything works out fine, he should be sold in few days.
Posted by SlickR at 10:43 AM
Email ThisBlogThis!Share to TwitterShare to FacebookShare to Pinterest
Labels: transfer speculations
Newer Post Older Post Home