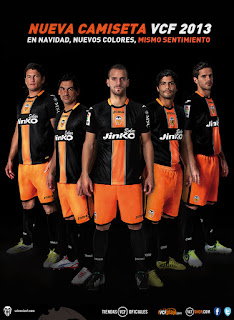 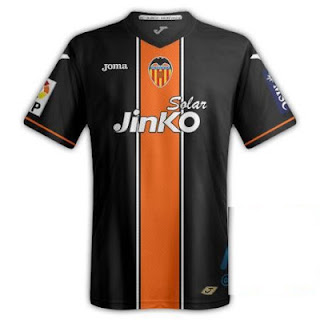 The new kit will be worn in the next match against Malaga and after that in all competitions. I believe the current white dress will also be worn, but be used as an away dress, rather then home dress.

I suspect the decision to create and unveil  new dress is because the white dress didn't sell too much and the blue dresses were just plain ugly. I think this is a good move and the black-orange color is one of the finest color combinations and certainly Valencianista.
Posted by SlickR at 2:32 AM
Email ThisBlogThis!Share to TwitterShare to FacebookShare to Pinterest
Labels: news
Newer Post Older Post Home