So I couldn't be bothered to wake up for this match, in fact I've tried, but went back to sleep again and thank god for that, apparently I missed a train wreck.

I've watched the highlights of it, for the first goal I blame Diego Alves, though Cissokho takes some responsibility for allowing the cross, he should have been more aggressive in his marking and prevent that cross. Rami made a huge mistake, he basically missed the ball and the player, essentially allowing one extra player and making it easier for Mallorca to score. This is what I'm talking about when I claim that Rami is bad and we should sell him.
Ruiz I feel reacted properly knowing its in the penalty area and if he'd reacted more aggressively he could have made a penalty, which from this point might even have been better.

The second goal it seemed was from counter attack as Arizmendi get on a loose ball or possibly a pass, shoots and scores, while we see Joao Pereira tracking him, but not fast enough. To me this is Diego Alves fault again, he was positioned wrongly. Its very hard to score from that position, not because its hard to shoot at the goal, but because a properly positioned goalkeeper would easily catch any shot.

Diego Alves was not properly positioned, he was too inward the goal and so he didn't cover the whole goal, this is goalkeeping 101.

So for another example of my rating, Alves would have gotten another -1 there, for a combined -2, which would put him at 3 rating, because everyone starts at 5 rating. Of course if he made few good saves likely the score would go up by 0.5 per good save.

But we can't despair. As far as I'm concerned this was mostly Diego's fault and of course Rami's fault for the first goal.Individual mistakes that can be corrected and if not, well we got Guaita who needed to start. Hey Pellegrino start Guaita. You need to start Guaita, his our best keeper and always was.

Also it seems Jonathan Viera played great, our biggest threat and I'm really glad he is coming along nicely and showing off his talent, we can really use someone like him and he can still improve. Before he came to Valencia CF I haven't seen games of him, I saw some video clips, read about him and checked his statistics and he seemed like a really great signing, but when I saw him in the friendly matches in the preseason I knew instantly we have a great talent on our hand. I mean his play was really a step beyond and above the rest of our team and even though it was friendlies it had a big competitive spirit in those games.

We also must keep calm about the coach as well. Remember he is having the toughest start in recent history with the likes of Real Madrid, Barcelona, Bayern Munich and he is doing it with no defensive midfielders because they are all injured, without our best or second best player Ever Banega who is injured, as well as few other injuries. He lost Pablo Hernandez in the summer transfer window, not his fault, Piatti was injured and no competition on the right wing, Guardado didn't have the start and effect we all expected him to have and he deserves our support right now more than ever.

I mean maybe if in 10 matches we are in the bottom 10 still, we can push the red alert button and start panicking, but right now we must be supportive and if you are religious maybe hope and pray we can improve.

I see us on the long run doing way better, especially when Gago returns, and then when Banega and Canales return. We also must remember David Albelda is still not retired and he can help out, he has the experience and while not as fast as before he can still help us out. So we shouldn't discount him, he did play most of our matches last season ahead of Topal. 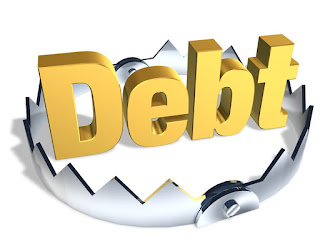 I also don't agree with Valencia CF president Manuel Llorente when he said at that press conference we must sell players and then list everyone. Way to go buddy boy, make everyone hysterical, reduce moral of the team, create a mess and ensure our future is in doubt.

Someone needs to tell him to calm the heck down. Even if we have to sell players, we can do it as we did with David Villa and Silva, pretend we don't want to sell them and like we don't need to and get as much as possible for them. Also we can sell one by one, we can lets say sell Soldado for 30 million and that would create a profit of 45 million euros per season. We are having 15 million profit at the end of the season for two seasons now and we are not that desperate.

The bank Bankia should fail already, I've heard they can sell the debt to another bank, but who is going to buy it? All of Spain is bankrupt, 20% unemployment, who would want a massive debt of a team that can't guarantee to pay it for a year, not to mention will need to pay it for at least 10 years? The only one that could buy it is government, which is also about 2 trillion euros in debt, but why would they do that, it would add to their debt and prolong Valencia CF suffering.

Maybe that is the problem in Spain! Maybe they need to wipe off the debt so they can have growth and investment again? If everyone is in debt and there is no way to liquidate the debt, then how can you have people spending and investing? So they just transfer the debt for years, from one bank to another, holding everyone hostage. Banks surviving off of government and European Union help just for the sake of it, they literally have no liquidity and are surviving off borrowed or given money.
Posted by SlickR at 4:24 PM
Email ThisBlogThis!Share to TwitterShare to FacebookShare to Pinterest
Labels: match report
Newer Post Older Post Home