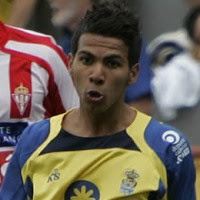 Jonathan Viera was signed first of the new arrivals for a fee of 2.5 million euros. He joins from UD Las Palmas and is one of the biggest talents in Spain right now, many considering him to be the next Silva. He has a direct style of play and while not as technically skilled as Silva, he has flair and more strength and brute force.

He did amazing in the preseason matches and showed why he is held at such high esteem and why people consider him such talent. His passing has been inventive and accurate, his movement superb and as I said he has flair and strength. Great signing for Valencia CF and a talent for the future and likely for the very near future. 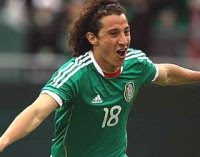 Andres Guardado signed a personal deal with Valencia CF over 8 months ago and became a Valencia CF player officially on 01.07.2012 when his Deportivo La Coruna contract was officially over.
This means he comes for free and after his best season as a player. He scored 11 goals and provided 12 assists for Deportivo last season and was their main player. He is a great dribbler with amazing speed and acceleration and has also been representing Mexico since 2005 as well. His last season shows that he can also bring in more than just speed and dribbling as he can rack up assists and score goals. He featured heavily in the golden cup win in 2011. 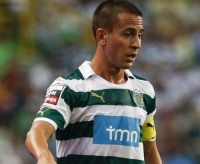 Joao Pereira comes from Sporting Lisbon for a fee of 3.5 million euros and at the height of his career. For defenders the years from 28 to 32 are the best and so Pereira comes at such a time. He is an explosive players with great attacking prowess, fast and powerful with great crossing ability. He lacks a bit in the defensive department and sometimes tends to forget himself in attack, but is a powerhouse in attack, while with good defensive tactics he can be reliable in defense as well. On one on one situations he tends to be quite good.
He did great in the Euro 2012 and cemented his position as a great and secure right back and so far is preseason has showed that he is going to be a key player for Valencia CF and a reliable defender. 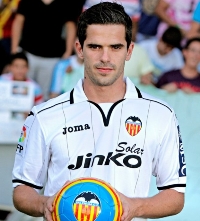 Fernando Gago comes from Real Madrid after 2 seasons of sitting on the bench and being down the pecking order for Jose Mourinho. He came to Real Madrid as a huge young potential and actually featured in his early days there quite a bit, but since then he's failed to really impose himself and has been lurking in the shadows. He comes at a good time in Valencia CF for his career and at a time when he has reinvented himself and been playing consistently for his national team Argentina.

Fernando Gago comes as a defensive midfielder at Valencia CF, but I regard him as a central midfielder with very good defensive skills, he is actually very good on the ball, has great passing range and vision and is a natural playmaker. Either way for the price he comes he is a steal and is a good business for Valencia CF. 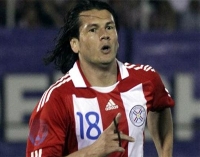 Nelson Valdez comes from Russian team Rubin Kazan on a year long loan deal with an option to buy for Valencia CF. He comes as a back-up to Soldado, since Paco is still considered too young for consistent football and also comes as a different type of player to Soldado and Jonas.
Nelson Valdez is not a natural goalscorer as evident from his spell at Rubin Kazan with only 3 goals scored, but in previous clubs as well he hasn't been a big goalscorer. While he lacks scoring abilities though, he is a wide, strong player that can force situations and gets additional defenders on him, possibly opening up space for other players to exploit. He is a cheap option of course, he is not likely to be used too much, but with the need to buy a quality left back he is a decent cheap option.
Posted by SlickR at 2:35 PM
Email ThisBlogThis!Share to TwitterShare to FacebookShare to Pinterest
Labels: editorial, feature
Newer Post Older Post Home