You may all remember my article last season "Valencia CF will destroy FC Barcelona", well now it has nothing to do with Valencia CF, I'm posting this as an analysis of this season's league and which one of the two title contenders is better and I'm sorry to Real Madrid fan-boys, but its Barcelona.

I've carefully watched this season's preseason to Valencia CF biggest rivals and so I know everything I need to know about FC Barcelona and Real Madrid to predict who will come out on top and destroy the other. 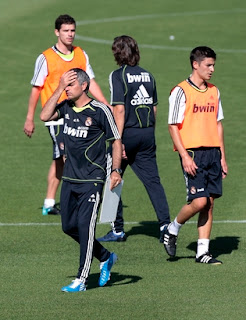 First of all the big loss Real Madrid suffered at the start of the preseason against Benfica of 5-2, now you might say well that was only the first match and Benfica were more fix, but that would be an excuse and not an argument. Fact is Real Madrid were training way before that first preseason match and with the team being the same from last season there was no squad shuffling to cause disturbances. Now Real Madrid did went to on win against Milan and beat them 5-1, but this was a misleading result as Milan not only is considerably weaker this season, but they also played with their second team in the second half and their bench is considerably weaker than Real Madrid bench. Now this is not an excuse for Milan, but in a competitive environment we got to understand that Milan will be playing with their first eleven squad, except for injuries of course or some tactical changes.

If you've watched the rest of the matches they were good, but I'd say pretty average as well, whether it was from lack of fitness or lack of form or lack of freshness I don't know, but Real Madrid missed something and we also saw it against a rather mediocre Valencia CF side that is with a new coach, several new players and under new directive and tactics. Valencia CF can play at least 2x times better than they played against Real Madrid and they've shown it countless time, so even against a weak Valencia CF, Real Madrid misfired. 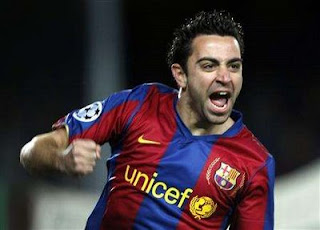 Now Barcelona is past their prime, but what was proven by the Euro 2012 cup is that Barcelona can still grind out wins if they have to and if Xavi is kept rest and not have to play most of the matches he can still reach his full potential. Last season I knew that won't be the case, because I knew Fabregas isn't the type of player to replace him and Thiago was too young, but now with the signing of Alexandre Song from Arsenal, Barcelona can give Xavi rest in key moments and have him fully fresh for the important matches. Now in case some Barcelona fans do some venting, I know Song is rather a replacement for Keita, but that still doesn't change the fact that Song can play in Xavi's position and is a great providing assists as well, having well over 10 assists last season and is a great passes as well, he is also not very fast so in essence a Xavi type player, without the positional awareness of Xavi.

David Villa who while I still consider past his prime, still has the goal scoring instincts and technique as shown in his first official match since his injury, so he can be a real joker for Barcelona, even though I don't see him being a big goalscorer.

Barcelona is also more complete now and has more depth, as some of the B team players from last season have had experience and have been enough with the first team to be able to step up and they are not likely to have the injuries that plagued them last season, like David Villa, Pedro, Affelay, Xavi, Puyol and Abidal injuries.

Now FC Barcelona has not had a good preseason either, but with a new coach, with players just coming from injury, with most players being key figures in national teams they've had a bit rougher summer than Real Madrid and went against better opponents in PSG as well as Manchester United. 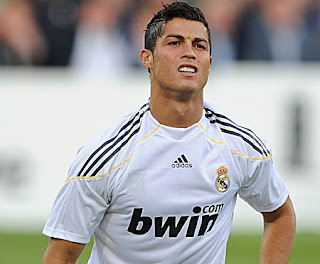 To jump back to Real Madrid, the squad hasn't changed at all from last season and while that can be an advantage it can also be a huge disadvantage, especially of what can be called the winners syndrome, where after winning a title after a long wait it goes to your head and players tend to be overconfident and under-motivated. I mean Inter can really attest to this and while its not the same and Inter had a lot more aging squad and a big coach change, we've seen it happen with many sides over the history of football basically.

Not only that, but Real Madrid standard starting eleven has started more matches than any other team. Even with a deep squad of very quality players Jose Mourinho has relied way too much on the same players and that is Xabi Alonso, Sami Khedira, Ozil and Cristiano Ronaldo. Add to this that the Euro 2012 was this summer and all of them played key roles in their national teams and went pretty fast as well and you have a mixture of over played players, who are not fully fresh and not fully fit at the same time, who are suffering from the winners syndrome and are likely to have less motivation because they've just played too much over a period of time and are not 'hungry' for more.

Now we have the Super Copa coming between these two teams and I'm prediction that Barcelona will win if they play their first team players, but both teams have said this is in the back of their minds and won't take the cup too seriously. So whoever wins its not likely to tell us much, but its going to be a nice prelude into what is going to happen.

Now all this said Real Madrid to have huge amount of talent and can come back, but they are really going to struggle in the first two months and are likely to loose big ground to Barcelona and even if they come back strong later I'm afraid its going to be an uphill battle that they won't be able to win.

Now you can make your own conclusions and observations, but I wouldn't bet against me as I have a pretty darn good track record of calling these things.
Posted by SlickR at 7:37 PM
Email ThisBlogThis!Share to TwitterShare to FacebookShare to Pinterest
Labels: editorial
Newer Post Older Post Home