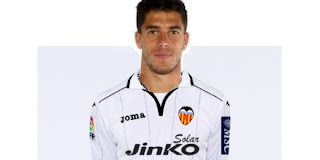 Didac Vila our supposed new left back has returned to AC Milan after it was officially confirmed that he has a serious injury by Valencia CF medical staff.

When Didac Vila arrived he was subject of a series of medical tests at which it was determined he had a injury, but further tests were needed to determine how long he would need to be out. The newest tests show its a more serious injury and thus Valencia CF decided to return him to Milan.