Villarreal president to listen to offers for Bruno Soriano 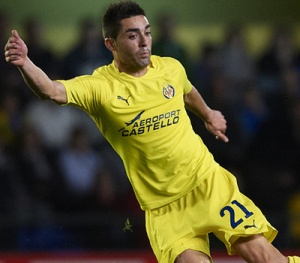 Villarreal president Fernando Roig went public that he will listen to offers for Villarreal defensive midfielder Bruno Soriano and will decide whether to accept or reject them.

Previously he was adamant that he will not listen to offers and didn't plan to sell Bruno, but he seems to have changed his opinion now.

He said that so far there is only one offer for Bruno Soriano from Malaga and he rejected it because it was too low.

Valencia CF is keen to bring Bruno Soriano to its ranks, but only if it sells Mehmet Topal who's been a long target for Fenerbahce who've they already reached an agreement with over his contract.
Posted by SlickR at 12:32 PM
Email ThisBlogThis!Share to TwitterShare to FacebookShare to Pinterest
Labels: news, transfer speculations
Newer Post Older Post Home