Valencia has ended the season in 3rd place in the Spanish premier league and is directly going to the Uefa Champions League without having to go through one qualifier.

So who was the best summer signing for Valencia CF and who was the best player through this whole season, how do we come to such a conclusion!? Do you look at the official statistics, personal ratings, overall skill, team work all of the above or a mix of some.

Well I'll be looking at the official statistics, my own ratings I give to the players and just generally assessing who did better with the amount of playing time he got.


Best Valencia CF signing for the 2011/12 season
The three runners for the best signing in the 2010/11 season are: Diego Alves, Victor Ruiz and Adil Rami


Diego Alves came as a big reinforcement from Almeria, after a season of goalkeeper injuries and still 4 goalkeepers available who didn't know their future. Eventually only Guaita remained and Diego Alves because the second goalkeeper. Diego Alves became the reserve as Guaita was given the reign, following his previous amazing season, althiugh Guaita would get injured and Diego Alves took over the first position. He was instant success and carried over from Guaita with no problem, although some fans were questioning his abilities at crosses and turth be told his goal kicks were terrible, often giving the ball away or ending up outside.
Really where Diego shone was in the Champions League after Guaita's return and he had a point to prove as he was second in La Liga, but Emery gave him the reign in the other competition and Diego performed exceptionally, getting interest from some of the big clubs and the attention of the Brazilian national coach as well, who called him up to the national team.

Victor Ruiz came as a celebrated defensive reinforcement with his defensive play known from his Espanyol days and people were confident he will excel. Victor Ruiz did not disappointing and alongside Adil Rami formed a formidable partnership that produced excellent results. Victor Ruiz'es speed and fast reaction time coupled with Adil Rami's strength kept the goal safe. While his start was amazing, the second half of the season was rather rocky for Ruiz as he got injured and when he came back from injury he wasn't the same. Some from lack of fitness, other from lack of form and playing time, he started making many mistakes. Ultimately Ruiz had a great season and knowing the circumstances in which he faltered its hard to blame him.

Adil Rami was singed from Lille six months before the summer, but he only came in the summer and so he is qualified as a new signing in the 2011/12 season. Adil Rami was the big reinforcement, the guy supposed to fix our defensive problems and while I was not convinced, all of the fans seemed certain. He started in an amazing fashion, similarly to Ruiz as they formed a great partnership and were rock solid at defense. Rami's strength and physicality made him a force in the aerial battle and hard to beat past. As Ruiz, Adil Rami started weaker in the second half of the season and coupled with his regular mistakes and lapses of concentration he was becoming a liability.

Towards the end he got partnered with Ricardo and his games improved, managing to close out a what was overall a great debut season for Rami. 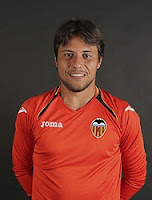 The best summer signing is: Diego Alves
Diego Alves had tough competition in Guaita and it would be details and preference on who is actually better, but he held his own. He excelled in the Champions League, did great replacing Guaita when he was injured, made some fantastic and exciting saves and most importantly did not make too many mistakes. He also improved his goal kicks and distribution and is a pretty big asset for Valencia CF. He beat out the likes of Ruiz and Rami as they both made some glaring individual mistakes and their form dropped significantly towards the end. Plus at only 3 million euros he was a steal.


Best Valencia CF player in the 2011/12 season
The three runners for the best player award are: Roberto Soldado, Jordi Alba and Jonas Goncalves


Roberto Soldado won last year's best summer signing and so by that virtue alone it should have been known that he is going to be a major factor this season and he was. Roberto Soldado is the club's top goalscorer again with 16 goals in La Liga and 27 goals in all competitions. Contrary to the last season Roberto Soldado actually started the campaign in good form scoring 3 goals in the 'first' match and becoming most consistent throughout the middle of the season with goals in several matches, culminating with being called to the Spanish national team and scoring a hat trick on his debut. It is actually towards the end of the season that his form dropped and the goals dried up, but one can argue that the whole team was shutting down towards the end. Overall it was another successful season for Soldado, but he will be looking and hoping to increase his goal tally in La Liga.

Jordi Alba overtakes Guaita as this season runner for best player mostly because Guaita was injured for a long time. Jordi Alba is also third on my player ratings beating out non other than Guaita for the third spot. But not only that, Jordi has had a breakout season and has been making the left back position his own, while Mathieu has either played left wing or has been inconsistent. Jordi Alba has been consistent, reliable and safe at the same time and while he is not an attacking wizard or close, his strength lies in his calmness, consistency and on average good crosses. His performances have earned him a call up to the Spanish national side and he is likely to be the starting left back for Spain, which says a lot. Barcelona are also after him and this speaks volumes about Jordi's quality. Having 5 assists and scoring 3 goals in La Liga don't hurt either.

Jonas Goncalves fought off Adil Rami, Sofiane Feghuoli and Ever Banega to be in the running for best player  as Rami was not consistent, Feghuoli stats were more lacking and Banega simply did not play enough to be able to judge him completely. Jonas arrived from Gremio for 1.2 millions a real steal for anyone's standards. Last year I had him close to the bottom in the player ratings and his performances were poor, but this season he has been an integral part of Valencia CF and has started most of the matches.
Jonas has scored 9 goals and provided 6 assists in La Liga or 23 goals and 10 assist in all competitions, no small feat by any standards. So while his play on the ball is mostly limited, he has shown to have great creativity and quick thinking to create chances. 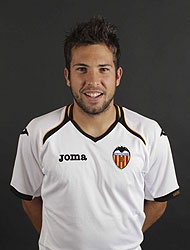 It was a very tough choice, some players didn't even get in the running due to extraordinary circumstances, but Jordi Alba deserves this more than anybody else.  He is still very young, only 23 years old and while he shows amazing play, he still has so much more potential. Last season he showed flashes of his potential and skill, but this season he has become consistent and reliable and has attracted interest from top clubs like Barcelona, not to mention he is now a standard player for the Spanish team, a giant task for any player. Obviously a long term player for Valencia CF to build a team around.


The worst Valencia CF player for 2010/11 season
The three runners for the worst player of the season are: Miguel Brito, Aritz Aduriz and Tino Costa.


Miguel Brito has been a star in the last two season and not in a good way. He has been in the spotlight for all the wrong reasons, from shooting in Disco clubs, to running over old ladies to fights at clubs, to coming late at training it has been a disaster after a disaster. He actually started the season great and made a commitment to work hard and focus on the sporting matters this season, but that didn't last too long. After an injury he got back to his old ways and sufficive to say he hasn't played ever since. While not a bad player, his off field semantics and unprofessional attitude make him a prime target for the worst player.

Aritz Aduriz has had a bad season, even worse than his last. Last season he at least started well and was quite useful in a dozen of matches, but this season every time he's been given a chance, he
s failed to use it. His goal scoring tally in La Liga is 7 goals a rather modest number and in all competitions he has scored a total of 9 goals. He is also once again, similarly to last season towards the bottom of my rankings.

Tino Costa did exceptionally well last season when he first came to Valencia CF, competing for the best summer signing and being edged out by Roberto Soldado. What a difference a year makes though as this season he's been a shadow of his former self with terrible performances, lazy performances in training and some altercations with Unai emery over his attitude. Simply put Tino Costa is the opposite of what he was last season. His performances have been erratic, unreliable and outright terrible. 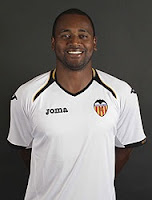 The worst Valencia CF player is: Miguel Brito
While Aritz Aduriz and Tino Costa had a bad season, they were at least somewhat useful and could be relied upon to at least show up. With Miguel Brito this just hasn't been the case. One can forgive one season of bad behavior, but two seasons of the outmost terrible behavior can't be overlooked. Miguel has basically been a passenger with Valencia CF as he hasn't helped the team in any ways and has been taking things way too lightly and nonchalantly.


There can be no doubt that Miguel Brito is the worst Valencia CF player for the 2011/12 season.