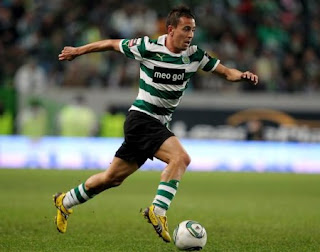 Spanish club Valencia CF is interested in securing the services of Sporting's Lisbon right back Joao Pereira (28) and is reportedly ready to offer up to 6 million euros for the player.

Joao Pereira is 28 years old and has played for Sporting Lisbon since 2010, joining the Portugal national team at the same year and appearing 13 times for Portugal.

Valencia CF sporting director Braulio Vazquez confirmed Valencia's interest in Joao Pereira, but said they'll wait until Valencia CF new coach Mauricio Pellegrino to have the last say and he will be able to choose between few players for that position with the biggest names being Joao Pereira and Mathieu Debuchy.