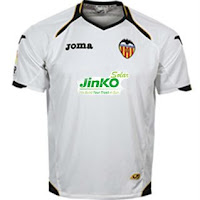 Valencia CF president Manuel Llorente said that this is a great collaboration, he said he was sure Valencia CF will keep improving and growing together with Jinko Solar.
Jinko Solar Spanish director of marketing Arturo said that Valencia CF is one of the best and most known clubs in Europe, has huge fanbase of millions of people and it made sense to continue the collaboration.
Posted by SlickR at 8:23 AM
Email ThisBlogThis!Share to TwitterShare to FacebookShare to Pinterest
Labels: news
Newer Post Older Post Home