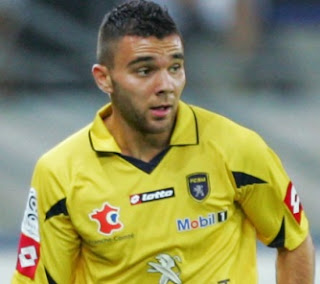 Marvin Martin just revealed that Valencia CF is interested in him and has inquired his agent about his availability. He said that his priority is to play in the Champions League and that he will make his decision this summer where to go. Apart from Valencia CF Arsenal and Dortmund are interested in Marvin Martin.

I'm going to reveal a big secret here as Valencia CF is considering selling Tino Costa as the management is not pleased with his performances this year and would like to offload him. So far he's had few teams inquire about him and could go back to France for a reported fee of 8 million euros.

While there is no final decision and all of these things are circumstantial and rely on many factors the interest is there to replace Tino Costa and I guess Marvin Martin is one of the candidates to come here.
Posted by SlickR at 5:42 PM
Email ThisBlogThis!Share to TwitterShare to FacebookShare to Pinterest
Labels: news, transfer speculations
Newer Post Older Post Home