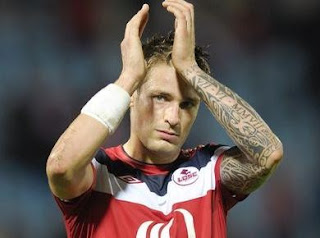 Since Valencia CF haven't agreed terms with Ajax over the transfer fee for Van der Wiel, Valencia CF is looking elsewhere with latest reports linking Lille's right back Mahtieu Debuchy to Valencia CF and the player himself confirmed the reports, but saying he is currently focused on Lille.

That can easily change though as Rami can insert some influence on him and persuade him to join Valencia CF, he is also the cheaper option to Van Der Wiel and is believed to be released for 8 million euros, the amount that Valencia CF is currently offering Ajax.

Another player the club follows is Jorge Fucile who played for Porto and was a big part of their league wins in Portugal and the Europa League last season. He is currently playing for Santos on loan from Porto and is likely to want to move to Valencia CF after being thrown out of the squad by Porto's new manager.

Martin Montoya is another player that has been linked for over a year now with Valencia CF. He plays for Barcelona B squad and Valencia CF is keeping close tabs on him, although he would be the last option if given the choice.
Posted by SlickR at 11:04 AM
Email ThisBlogThis!Share to TwitterShare to FacebookShare to Pinterest
Labels: news, transfer speculations
Newer Post Older Post Home