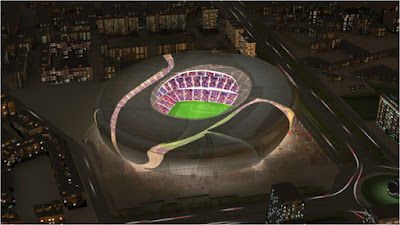 Valencia announced that it has reached an agreement with Bankia to resume construction of the new stadium as soon as next year, which is basically just two weeks away.

Ultimately Valencia CF will now still be about 260 million in debt, but that is about 100 million less than it currently is.

The fact that 140 million is not enough to finish the new stadium means that Valencia CF will have monetary help from the local government to build the stadium.

Valencia president Manuel Llorente was pretty excited about the deal saying how Valencia CF will have one of the best stadiums in Europe, but realistically he was under pressure to do something and with the stadium already suffering at least 1-2 million in repair damages every year and no end to Spain's financial troubles he probably was forced into this deal.