Mathieu to extend his contract with Valencia CF 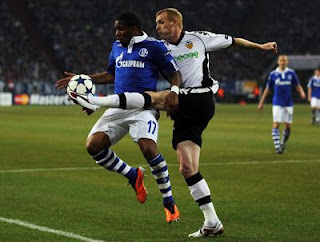 The French left back Jeremy Mathieu is likely to extend his contract with Valencia CF as his current deal is supposedly to keep him until 2014, but his release clause is very low at only 3 million euros and the club wants to increase the clause to at least 10 million euros, as not to loose him to the cheap.

Right now Mahtieu is worth around 10 million euros and is you go to Mathieu's profile page I have him valued at 11 million euros, so loosing him for 3 million would be terrible.

Mathieu has also recently been called to the French squad and although unlikely to feature more at least this year, with Evra and Abidal on the end of their careers, Mathieu is going to have increased chances to feature for France, especially since he plays with Rami and can form a great defensive partnership.

The new contract should keep Mathieu until at least 2016 and have a release clause of at least 10 million euros, although Valencia CF will probably want more like 15 million clause, which is the same we sold Albiol few years back to Madrid and Mathieu is on that level.
Posted by SlickR at 9:01 PM
Email ThisBlogThis!Share to TwitterShare to FacebookShare to Pinterest
Labels: news
Newer Post Older Post Home