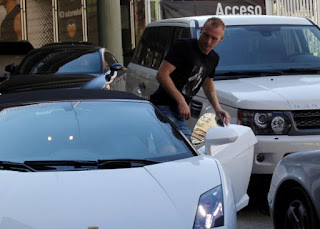 Jeremy Mathieu has finally been called up by Blanc to join to French national representation. Jemery Mathieu has been performing great for over a year for Valencia CF and only after several injuries in the French ranks did Blanc call up on Mathieu. Right now Sagna, Ribery, Abidal, Matuidi, Benzema and Kevin Gameiro are injured.

The French team will play the qualifications for EURO 2012 against Albania and Bosnia and Herzegovina.
Posted by SlickR at 5:30 PM
Email ThisBlogThis!Share to TwitterShare to FacebookShare to Pinterest
Labels: news
Newer Post Older Post Home