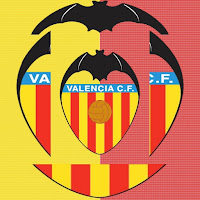 I don't want to come to conclusions early and hasty and I like to spend a lot of time analyzing these kind of things, but after yesterday trashing of Barcelona by Chivas with 4 goals to 1 I'm convinced that Barcelona's reign at the top of the game is officially over and Valencia CF will absolutely destroy Barcelona.

Yes the second half was filled with youngsters and that is going to be the excuse by Barcelona fans, but how do you attribute the loss to Manchester United previously and the draw with Hajduk? The game against Manchester United everyone except Xavi and Puyol played from their first team. Then there was the draw with Internacional and even though Barca won against Bayern in the Audi cup they weren't very convincing.

Barcelona is just past their prime and that is the truth about it. They've had 4-5 great seasons in which they've dominated football and made history by winning 6 titles in a row. But all those years of high intensity playing bring in casualties and Xavi has suffered last season, Puyol has suffered and has been out for half a season and David Villa seems to be past his prime as well.

Barcelona still have Messi, Alves and Iniesta, but you can't expect each season Messi to bail you out in all these games and certainly Dani's tireless forward arrays are going to start becoming tiring as we've already seen with Brazil where he was absolutely dreadful. Iniesta may still be young and probably has good 3 years left in him, but he is injury prone and he only works in tandem with Xavi as we've seen him struggling so many times when Xavi isn't there to keep possession. 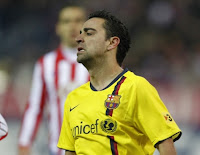 Xavi is 31 years of age, riddled with injuries and won't be at the same standard he was even just few months ago.
Puyol is 33 years old and has been injured for most of last season and he is still injured now and even if he comes back soon at 33 years old and after such long injuries don't expect him to be good.
David Villa is 29 years old and he as well is not getting any younger, as seen even last season he is past his prime and while he is still able to score 10-15 goals in all competitions, he is not the 20+ scorer he was when he was in Valencia CF. Also the Barcelona possession football is not the most suited for Villa no matter what anyone tell you, because Villa requires space to be able to score and when the opposing team has 10 players in front of goal its hard for Villa to do much.
Dani Alves is likely to struggle this season as well as we've already witnessed with his play in Brazil at the Copa America. He has also been very lucky with not getting injured for so long and I feel like we may see him with a more serious injury this season and the fact that Barcelona don't have any cover for him will really expose them.
As for the rest of them Erik Abidal is 32 years old and as a left back at 32 years old you loose speed and agility and even though he has been good in preseason expect the amount of matches to catch up to him. Pedro has also been really poor in all the preseason matches and I really think he will be a fluke just like Bojan Krkic.

That leaves Barcelona with just few great performing members who are not past their prime and who can carry the team, especially Messi and Iniesta, but as we've seen from Messi in all his performances with Argentina he needs that support from Barca players for him to show his best and if Xavi, Villa and Pedro around him are not able to step up to the challenge Messi looses much of his strength.

The positive thing about Barcelona is the arrival of Sanchez, but he is very young, inexperienced against strong opposition and is not accustomed to Barcelona's play style, so he is going to have a slow adaptation rate. With Affelay already been ruled out for 2 months its looking mighty fine for Valencia CF, but also Real Madrid.

Last season was the last season of domination for Barcelona and this year they will struggle for even second place as Valencia CF destroy Barcelona in each of the matches the clubs meet. Real Madrid on the other hand have looked super strong and are the favorites for the title, although I expect Valencia CF to really challenge for the title this season.

Expect this season the title fight to be between Real Madrid and Valencia CF and maybe, just maybe we can hopefully win the fight.
Posted by SlickR at 3:42 PM
Email ThisBlogThis!Share to TwitterShare to FacebookShare to Pinterest
Labels: editorial
Newer Post Older Post Home