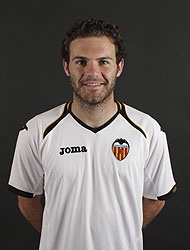 There has been a ton of speculation about the potential of Juan Mata leaving, with some English tabloids writing that the deal is done and we are just waiting for the official presentation. These reports have claimed that Mata will be sold for 20-24 million euros, with the latest report being a little bit more realistic and saying Valencia CF will sell Mata for 27 million euros.

So is there anything true in all these reports that continue to persist even right now? There is some truth to this and that is that Liverpool were interested in signing Mata, but since they they have signed 2 midfielders and few other players they are done with the transfers, Tottenham is interested in signing Juan Mata, but they are unlikely to be able to offer anywhere near what Valencia CF would consider to selling Mata and Arsenal wants Mata, but only if Nasri or Fabregas leave.

Valencia president Manuel Llorente said numerous times that Mata is not for sale, but always kept the door slightly open and that is for a huge offer. Valencia CF is only going to consider selling Mata if a bid of 30 million euros comes along, anything less will instantly be rejected. The player himself wants to stay at Valencia.
Posted by SlickR at 9:13 AM
Email ThisBlogThis!Share to TwitterShare to FacebookShare to Pinterest
Labels: news, transfer speculations
Newer Post Older Post Home