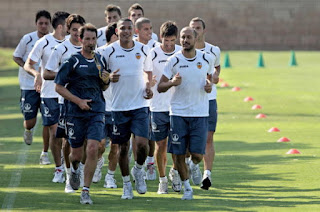 Today was Valencia CF first training after last season ended. The training was at 8 O'clock this morning and the players were met by Valencia CF president Manuel Llorente who greeted the players and laid out his expectations of them. From then the players proceeded to minor medical tests and lightweight training sessions.

The training consisted mainly of warming up and light workouts, coupled with running and a little bit of ball workout. 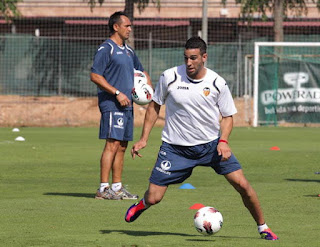 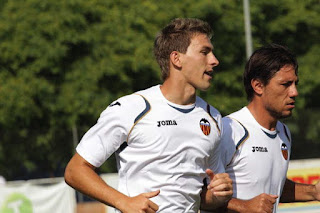 From today until the start of the season the players will have 2 trainings every day, the first training will be from 8am, while for other players 08.30am and the second training will be from 18.30pm
In Friday and Saturday all the players will undergo a full medical test from cardiovascular to physical assessment, similar as last season and then the players get get tailored made training regimes to get them in the best possible physical shape.
Posted by SlickR at 7:06 PM
Email ThisBlogThis!Share to TwitterShare to FacebookShare to Pinterest
Labels: news
Newer Post Older Post Home