Two matches, two wins, Valencia CF preseason so far so good. The training has been going on great, the players are working hard and the morale is pretty high. Tomorrow though is another challenge for Valencia CF and we all expect improved play from the previous two matches as Valencia CF has had more training and preparation. 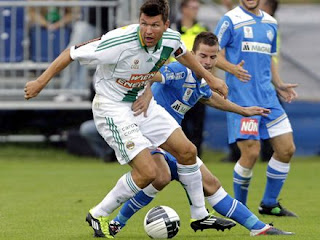 SK Rapid Wien is an Austrian club located in the capital Vienna which is a beautiful city, kind of old looking but grandiose and anyone who can should visit. But more importantly its the club Wien that we are interested in right now since tomorrow its going to take on Valencia CF.

Rapid Wien is the most successful club in Austria and has lifted the national trophy 32 times. Some of the more notable names through their ranks have been Dejan Savicevic, Zlatko Krajncar and Mario Tokic.

SK Rapid Wien season has actually started and they have already played 2 matches and won both matches. They are currently holding first place in their league with 6 points, 4 goals scored and none received. 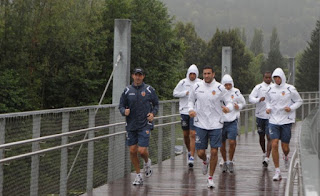 Valencia CF on the other hand is coming to this match as the big club, the big favorite and is going to serve as an sort of promotional match for Rapid Wien in order to lure as much fans as possible after having quite low attendance no attendance because of a penalty since fans stormed the pitch in their last match of last season and Wien was penalized(thanks to randomrapidfan for pointing that out). For Valencia CF this will be the biggest challenge so far as Rapid Wien have finished their preseason a lot earlier and are towards their 3rd game in the season so they are going to be in in full form and fitness and ready to play 100%.

The weather hasn't been too good the last two day, but the squad has continued training in bad weather conditions even though some more technical training wasn't possible.