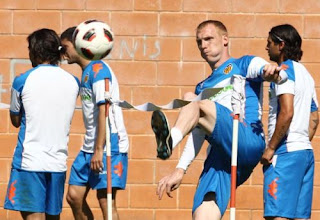 Valencia CF broke its spell of scoreless performances and the curse of strikers who have not scored since February and Soldado was the main man, netting 4 goals against his former club Getafe. Previosly Valencia CF had lost 3 matches in a row and less than convincing when performing.

But all that is forgoten now and the team will go into this match with renewed vigor and strength, ready to bring the fight to Villarreal, as Valencia is also playing at the Mestalla and with a home advantage it should make things a little bit easier.

Valencia is currently sitting at 3rd position, 3 points more than Villarreal, so this will be a crucial match and winning tomorrow and getting 6 points ahead of Villarreal will practically guarantee a 3rd place finish.

VCF coach Unai Emery has been experimenting with a 4-1-4-1 formation, fielding Maduro, Tino Costa and Ever Banega in the middle and another option has been the standard 4-4-2 formation. In the 4-4-2 formation Emery played with Jonas and Soldado again in attack, which means if he chooses this formation the same strikers are going to play. Which one Emery chooses is up for debate and anything is possible, but knowing Emery I think he is going to go with the 4-1-4-1 formation.

Anyways good news is that Albelda is back and is training with the rest of the team just fine, Guaita is also back and training good after his tragic events, Chori Dominguez was seen training, though may be a doubt or left for technical reasons anyways. Maduro has been training as well and basically everyone is pretty much fit and available for selection. 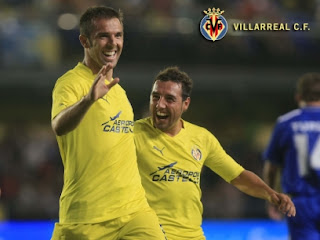 Villareal CF is currently sitting in 4th position, 3 points behind Valencia CF. They are coming off from a big win in the Europa League where they trashed Dutch team FC Twente 5-1.

Villarreal coach, Juan Carlos Garrido said at the end of the morning practice today held behind closed doors at the Sports City of Villarreal for the League match against Valencia tomorrow (21.00 hours Mestalla) will be different for several reasons. "It's a special game for many reasons. We're playing for position and that also goes into the goal average. Clearly we want to be in the Champions League and we know that is a decider. Let's play outside and that is an important factor. No favorites in a great match between two great teams that have a positive sporting rivalry. We want to win this match and the only way is playing good football."

Results prediction:
Valencia CF 2-1 Villarreal
If Valencia CF have a good day at the back and don't mess things up really bad, we should take this game. I think our defense is bad enough that it must concede a goal, but I'm sure VCF is going to score two goals.
Posted by SlickR at 4:53 AM
Email ThisBlogThis!Share to TwitterShare to FacebookShare to Pinterest
Labels: match preview
Newer Post Older Post Home