Osasuna host 3rd place Valencia tomorrow night in yet another deciding match for both clubs, since Valencia can't end its objectives earlier and must go the additional length to do so, while Osasuna is battling to stay in the first division and each match for them till the end counts. 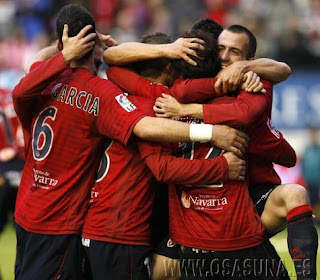 Osasuna have been a strange team this season and while they are in relegation zone and battling to stay in the first division at times they have been capable of playing amazing football and Valencia has been a victim of them when Osasuna managed to mount a comeback from 3-1 to 3-3 in the Mestalla and take crucial points from us.

Osasuna are now in relegation position since they've lost 3 matches in a row and Malaga has won recently so the positions have changed. Before this recent string of losses Osasuna were playing very good and even managed to beat Espanyol who were very good for a long time and battling with Valencia even for top spots.

Osasuna have a great defense, in fact for their bad position on the table they actually have a defense on par with Valencia, Villarreal and the likes at least statistically speaking with only 41 goals conceded. They also have a good scoring record as well, certainly nowhere near relegation level, but it seems they haven't had much luck and are now in a tough spot.

Osasuna is a compact side with good defending and able to score goals as well, so its going to be a tough challenge for Valencia. If there is one club that doesn't deserve to be in relegation position this is Osasuna and they have played better all season long. 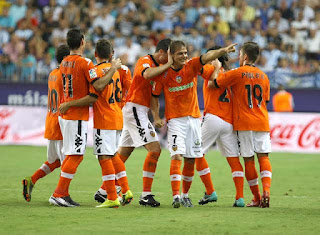 Valencia CF on the other hand are sitting in 3rd position, still 6 points more than Villarreal after Valencia failed brutally last week at the might of Real Madrid and lost 3-6. Thankfully for us, Villarreal also failed and lost as well, leaving both sides at the same positions with the same points as before.

Mathematically a win tomorrow doesn't guarantee anything, but practically its going to secure the 3rd place position for Valencia, assuming Valencia don't go on to loose all other matches, but that is very unlikely and Villarreal also face Real Madrid and have a European competition to worry about so they are bound to loose at least once.

A win over Osasuna will also recuperate everyone, players, staff and fans after last weeks big loss from Real. Also finishing the season on a positive note is important and with Emery's position as coach still in question he would surely be looking to win tomorrow.

Result prediction:
Osasuna 2-3 Valencia CF
Judging from past experience with these sides I'd say there would be goals here, but I think Valencia will edge out a victory thanks to Mata and Soldado's good form.
Posted by SlickR at 12:57 PM
Email ThisBlogThis!Share to TwitterShare to FacebookShare to Pinterest
Labels: match preview
Newer Post Older Post Home