Valencia CF players have once again been called for international duty for their respective countries.

The ones that features for their countries, but have been since left out are Manuel Fernandes and Ricardo Costa. Manuel Fernanded featured for 2 matches for Portugal, but once the coach changed he hasn't been called up. Ricardo Costa was called the last time due to injury in the Portugal back line, but he is not a standard player for Portugal and its likely that is the way its going to stay.

One new inclusion has been Jonas Goncalves to the Brazil national team, which is a bit of a surprise, but is good for the player and Valencia CF as well, as getting international experience is always good. 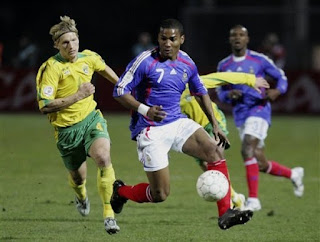 Stankevicious has been called in for Lithuania, he is one of the most standard players there and is considered one of the best players in the country.

Topal has been recalled to the Turkish national team after a long break, he has a standard player for Turkey before, those for much of 2010 he haw out of the national team. Anyways he has been recalled and is probably going to be a first eleven player as Turkey has been suspect at the back and Topla is going to provide some much needed defensive cover.

Maduro seems to have found a permanent place in the Holland national team and has been called up for all of the matches after the world cup in Africa ended.

Mata has also been recalled to the Spain team, he was only out of the senior team because he was playing for Spain's U-21, but Vicente Del Bosque has decided to bring him back to the senior squad.

Banega has been called for Argentina once again and he is already a standard 11 player for Argentina. When Banega has played Argentina have not lost, the only match Argentina were without Banega was against Japan and they lost by one goal.

Jordi Alba has been impressive this season and in great form so he has been called up for Spain U-21 squad and this is I believe his first national squad call up.

Valencia CF also has a lot of youth players called up for Spain U-21 and bellow squads.
Posted by SlickR at 3:26 PM
Email ThisBlogThis!Share to TwitterShare to FacebookShare to Pinterest
Labels: news
Newer Post Older Post Home