Tonight's match will give Valencia an opportunity to bounce back after a demoralizing and agonizing defeat. Unai Emery is now considerably under pressure, but his stay at Valencia is more or less guarantied unless Valencia drop to 7th or 8th position in the Spanish table. 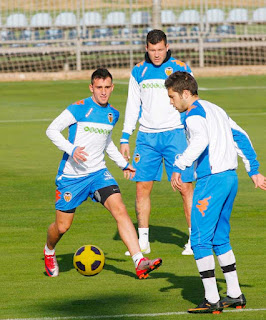 Valencia CF are coming to this match after the agonizing 4-2 loss to Villarreal in the Copa Del Rey. What makes this defeat so agonizing is that Valencia had a 2-0 lead over Villarreal, but failed to protect it in the second half. The referee also helped Villarreal by awarding them a non-existent penalty and the ground was set from Valencia to loose. The team lost all ability and confidence after such fast goals and ultimately lost 4-2.

Emery was critical of the way the team played in the second half and himself so he will try to find ways to strengthen our defense. Going against him is his own inexperience and pressure from the fans to tighten up at the back and bring good results.

Some players have came out of injury and will be ready to take part in the match against Levante. David Albelda, Chori Dominguez, Dadid Navarro and Tino Costa are to return to the team as well as the suspended Aritz Aduriz after serving out his one match ban.
On the flip side Joaquin will be unavailable as he was given a two match suspension by the board of referees, after he attacked one of the referees after the match vs Villarreal. He is also on a watch list and if he does such an action once again this season can be given a 12 match suspension, so when he returns he should be on a good behavior.Jeremy Mathieu is also out of the squad due to an injury he sustained during the match vs Villarreal.

Valencia CF squad: to be announced... 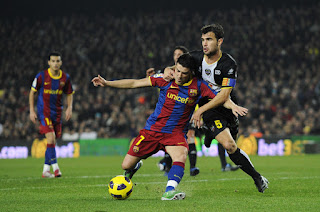 Levante UD on the other side had a decent week after managing to beat Real Madrind 2-0 on the return leg of the Copa Del Rey, although they lost 8-2 on aggregate, but they also had a good match before as they managed to stretch out Barcelona and make them work really hard for a 2-1 victory.
After loosing 8-0 to Real Madrid in the first leg of the Copa Del Rey Levante has really tightened up their defense and are coming to tonight's match really strong and anything but a loss would be great result for them because they are just few points from the relegation zone.