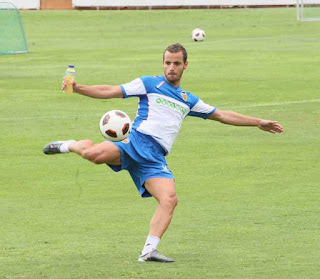 After a disapointing, but not necesarilly deserved loss to Sevilla on Monday, Valencia will look to demolish Logrones in this match and serve as a preparation for more difficult matches in the Spanish league and in Europe.

Valencia holds a 3-0 lead over Logrones, from the first matchday and will look for a similar result tonight also. With such an advantage Unai Emery is going to field a weaker side for the match and hopefully give some youth players a chance. The one youth player to get a chance will be Isco Alarcon, possibly followed by Paco Alcacer.
Isco actually trained with the first team in wednesday and will be in the team to face Logrones, though Paco is probably not going to be called up in the team. The official squad is not yet known, but its a safe bet who Emery is going to take and start.

Valencia are favorites to advance through this leg of the competition and in the process win this match decisively also, even with weakened team.

Unai Emery actually had a meeting with Valencia president Llorente and technical secretary Braulio. When asked what they talked about, Emery said they talked about the current situation, loosing 12 points in 4 matches and how to overcome it.
This just shows how active Valencia president is and how important it is to him for Valencia to succeed, so hopefully the talks were constructive.

UD logrones will probably use this match to test their strength and see if they can fight for top spot in their division. I'm sure they have no illusions of going through, though they are likely to fight and try to play a closer match with Valencia and not get demolished.
They also have a new coach former Valencia player Sergio Pellicer. Pellicer replaces the recently sacked Josip Višnjić.