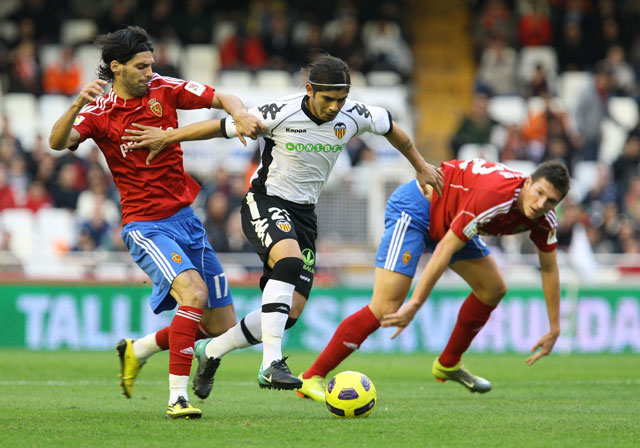 Another poor display from Valencia and a bad result. It would be okay if we play poorly and still win, but this is looking grimmer by the minute. If we take out the game against 3rd division minnows Logrones, we have actually only scored 4 times in the last 7 matches, that is grim statistics. Two more goals have actually been own goals that Edy and now Lanzaro scored and one of those 4 goals has been from the penalty spot, its looks even worse than grim.
Most of the teams have been playing defensively against us, but that is not an excuse, each team plays defensively against R. Madrid and Barcelona but they still manage to win.
What I'm also worried is the defense, while not scoring is bad enough but we at least need a defense to fall back on to, but the defense has been leaking these ridiculous goals that we basically need strengthening up everywhere.

I really miss Mata from 2 years ago with 13 assists and 11 goals, I miss Ever Banega from last year with 8 assists and great playmaker skills, what happened to them? 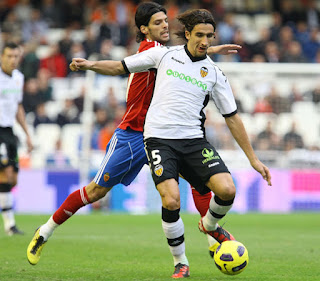 Anyways I'll leave the technical and talent stuff for now and focus more on the next match we have against Rangers. Against them its do or die situation, if we fail to win its basically game over and our chances would be only theoretical. With that in mind a loss would spell huge troubles, with the team in dire financial situation we need as much Champions League money as possible, not to mention the sporting blow that would be for Valencia. This means we need to get back on track ASAP and get things straightened out on each and every level.
Not continuing forward in the Champions League and we would need to push the panick button and you know what that means right? - Sacking Unai Emery, yes he has been fairly good up until now, but if things don't get great and we qualify for the second round of Champions League it must be done, though I'll leave that tough decision to the president Llorente who so far has shown to be the only capable man in Valencia, reducing the debt by 150 million euros in one year in nothing short of miracle, so in that regards I have faith in him to make the right call.

Zaragoza scored as early as the 2nd minute, while our defense was sleeping Lanzaro managed to score an easy goal, one that should have never happened if our defense was even a little bit good. Valencia reacted which is good, but it was only after 15 minutes and and it wasn't even that strong of a reaction.
Just before half time, as with Rangers Lazarno decided he was wrong to score against us and decided to score a goal in his own net. Twice now opposing teams are rescuing us from loosing, how much more will this happen?

Anyways I'll rate the players and post the technical now and I won't be even troubled to write a match report, because its all bad news.

Player Ratings:
Moya 5.5 - Virtual Spectator for the match, should have done more for the goal, just should.
Miguel 5 - The once chance Zaragoza had they converted, all the defense must take responcibility
Navarro 5 - Too slow to react, clunky and uninspiring, whats up?
R. Costa 5 - Both central defenders should fear of Dealbert, if Emery does not make changes it may go downhill from here.
Mathieu 5 - He is very tall and very fast, he needs to do better in defense, good in supporting the attack, but doesn't bring any danger.
Pablo 5 - He was lively and full of running, but unfortunately that did not lead to him scoring goals, making assists or shooting on goal.
Topal 5 - In a match where the other team only defends there is not much a DM can do, but should have tried some long shots or get in the opposing penalty box and and give support to the attackers.
Banega 5 - Went too wide left and too backwards when he should have gone forward, did not have the vision to spread the ball out and thin the Zaragoza defense.
Vicente 5 - Tried hard but same as all the rest could not come up with anything creative or threatening.
Mata 5 - We need Mata from 2 years ago, heck even last year ago, he seems to be reducing in quality, instead of improving.
Aduriz 6 - No support at all, how can he score a goal with no support and no delivery.
Subs:
Joaquin 6 - Better than Pablo, but that doesn't speak much, ultimately he could not break the Zaragoza defense either.
Soldado 5.5 - Did not have really much time, but again didn't score or anything so no bonus for him either.
Fernandes 4 - He was actually worse than Banega, it was like he was saying "Unai you didn't start me, we don't have the desired result, I will play bad in order for us not to win". It was that bad. Came in and looked like he has played 120 minutes before this match.
Posted by SlickR at 9:07 PM
Email ThisBlogThis!Share to TwitterShare to FacebookShare to Pinterest
Labels: match report, results
Newer Post Older Post Home