Let's briefly go over some news as the team travels to play Real Sociedad in matchday 4.

The renewal of Racic's contract is complete. The midfielder's contract is extended to 2024 with a release clause of 150 million euros.

There is 1 week remaining in the summer transfer window, as it closes on October 5th. According to a recent comment by Javi Gracia, he is unaware of any progress on signings. He says that the last time he had a meeting with Anil Murthy was 2 weeks ago.

With regards to the signing of Capoue from Watford, he had said earlier that just because the player displayed intent of coming to Valencia and submitted a transfer request, does not mean that he will arrive.

With one week remaining on the transfer window and no communication from management, Gracia is evidently frustrated and rightfully so. It's looking more and more likely that the signings will be made out of desperation in the last moments of the window, if it all. Not even the performance of the last 2 games was enough to communicate any sense of urgency.

Real Sociedad had a great game over the weekend. They took the confidence they had from holding Real Madrid to a draw in the previous matchday to their away game against Elche and walked out with all three points and a 0-3 scoreline. All goals came in the second half, including one in stoppage time.

Valencia had a tough time against Huesca at Mestalla. The away team made themselves at home and caused all sorts of trouble. The game ended in a 1-1 draw. Despite behind on the backfoot, Wass helped Valencia take the lead from a set piece that travelled all the way to back of the net. Huesca peppered away at the goal for the second half, and finally scored, having been denied time after time by Jaume with some clutch saves.

The squad is boosted by the return of Cillissen from his injury. He starts on the bench though.

Alex Blanco, Kang In and Musah all make the starting lineup with Vallejo, Guedes and Jason benched.

Wass starts in midfield, leaving Correia with an opportunity at right-back. 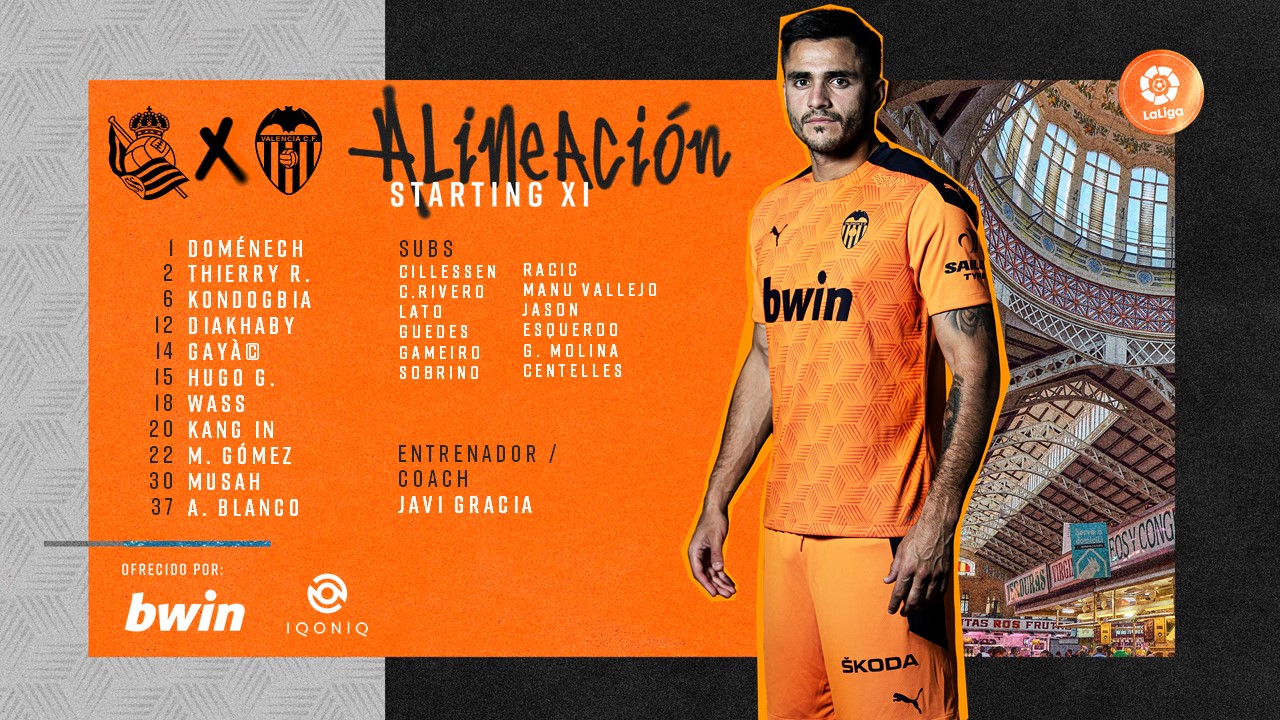