The draw for the 2019-2020 Copa del Rey Quarter Finals has been completed today. The results are as follows: 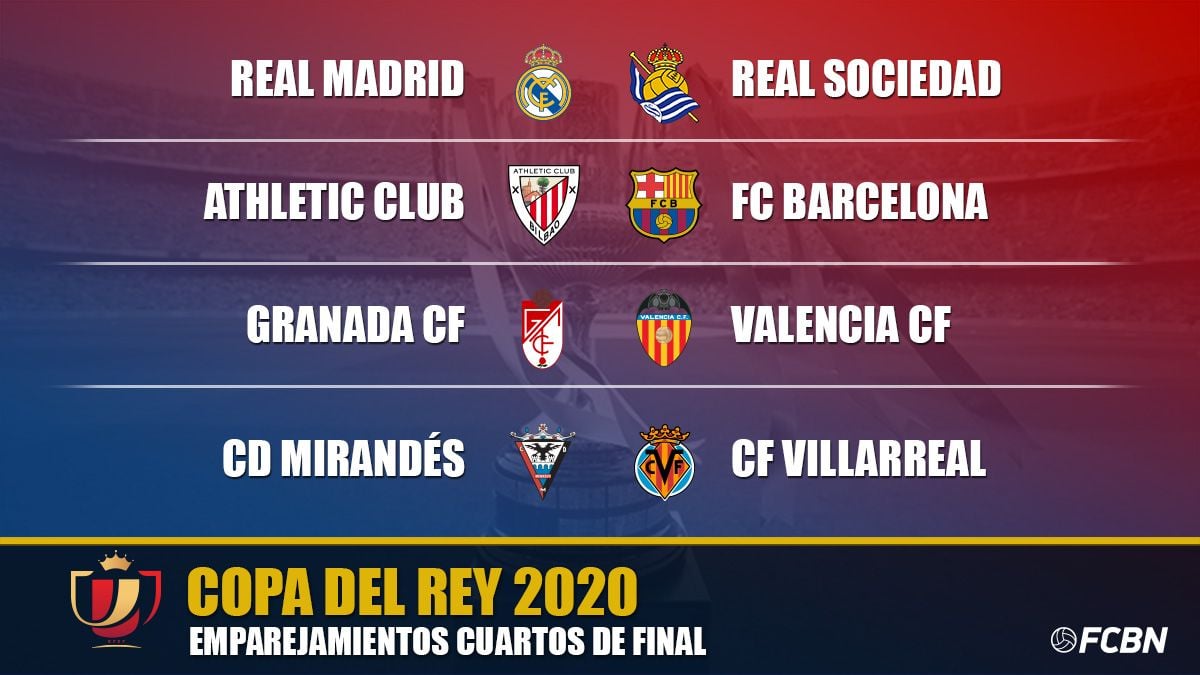 Valencia CF have avoided the tournament favorites and rivals, landing a fixture against Granada CF. It's another favorable fixture, but again cannot be taken lightly. Both Valencia and Granada have struggled to put away opponents from lower divisions in this competition so it will be interesting to see how they fare against each other.

The other teams in the draw are all teams you would expect to be there with the exception of Mirandés. However, in their last fixture they surprised everyone and beat Sevilla 3-1 at home. The semi-finals will be a tough fixture as such.