Valencia have done it! First cup final in 11 years 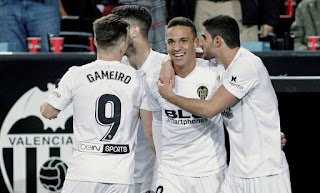 Marcelino went with a risky enough game plan, trusting Valencia's defence to hold out, while aiming to steal a goal on the counter. It worked. Betis had very limited opportunities, mainly a couple of shots from distance. The Valencia goal was well worked. Piccini burst through and played a nice pass to Gameiro who had made another intelligent run. As usual, he showed his unselfishness, chipping it to Rodrigo, who couldn't miss an empty goal.

Rodrigo came off to protect him for the final, since he was on a yellow and Cheryshev, Soler and Diakhaby came on, with Guedes ending as the lone striker up front. If there's a minor grumble, it's that we fluffed a number of chances to kill the game with a second goal on the break.

This is a quick post, since I have to sleep, but I was happy with the performances of the team particularly Roncaglia, Piccini and Jaume among others. 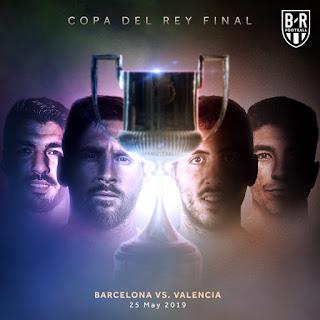 gives us the first chance of silverware since 2008. Just a reminder, cup runners-up no longer qualify for Europe, so we have to win it and doing so would guarantee a place in Europa league group stages, whereas finishing 7th would mean sacrificing our late summer playing 3 qualifying rounds of Europa league.